“THE GARAGE TAPES” TO BE RELEASED BY KENTUCKY MUSIC HALL OF FAME MEMBERS, EXILE

Musical Legacy of Original Demo Recordings Recorded Between 1979 and 1982

Celebrating CD Release with VIP Event at The Caverns in Pelham, TN 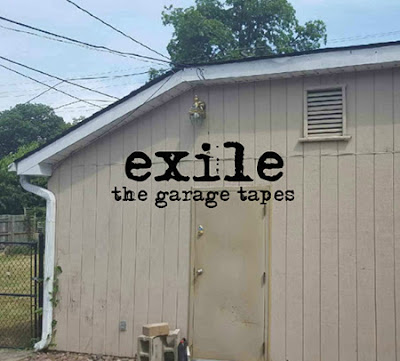 A little over forty years have passed and over 8 million records have been sold, including three Gold records and eleven number one hit songs, along with numerous hits on the pop and country chart since Exile band members, Steve Goetzman, Marlon Hargis, J.P. Pennington, Sonny LeMaire and Les Taylor began making music and gathering in a small garage in Lexington, Kentucky making demos of their songs. Until now these recordings have remained unheard by anyone outside the small circle of the band. These particular garage tapes, were recorded between 1979 and 1982 at LEMCO studio in Lexington, Kentucky. Exile is excited to share their most current CD project, “Exile - The Garage Tapes.” The 30 song, two CD compilation is set for release by Big Horse Records in the upcoming weeks for purchase online and on all digital music platforms.

Industry and fans are invited to celebrate at a VIP CD release event to take place in the cave at The Caverns in Pelham, TN on July 13. For more information on tickets visit here.

The compilation includes pop songs as well as several country songs. Capturing these songs from the original source taped required a process known as “baking” to recover each song. Unfortunately, they could not recover the song “Take Me Down” in its entirety, so they included an actual rehearsal version recorded on a boom-box in 1980 prior to leaving L.A. to record it for the album, "Don’t Leave Me This Way."

Since there are no demo versions of “Give Me One More Chance,” they have also included a rehearsal version recorded in the same manner on April 24, 1984. You will notice how the song morphed between this version and the final album version.

The band thought it would be interesting for fans to hear a song in the early stages of creation by including J.P. Pennington and Sonny LeMaire performing a very early version of “Keep It In The Middle of The Road" from a songwriting cassette tape.

Me And You (Gray)

Your Love Is Everything (Pennington)

Take Me To The River (Pennington)

Don’t Leave Me This Way (Pennington)

Since You Came In (Pennington / Gray / Seals)

Did You See That Girl (Pennington / LeMaire)

Still So In Love With You (Pennington)

We Can Save Love (LeMaire / Blazy)

Do It All Over Again (Pennington)

Till The Very End (LeMaire / Gray)

The Closer You Get (Pennington / Gray)

Take Me Down (Pennington / Gray)

Give Me One More Chance (Pennington / LeMaire)

Keep It In The Middle Of The Road (Pennington / LeMaire)

The longest running American self-contained vocal group kicked off their “No Limits Tour” in 2018 while celebrating 40 years of their hit song "Kiss You All Over" which hit No. 1 in 1978 and stayed No.1 for four weeks, charting for 23 weeks. The group has sold over 8 million records, including three Gold records and eleven number one hit songs, along with numerous hits on the pop and country charts. They are known for many major hits including “Give Me One More Chance,” and “I Don’t Want to Be a Memory.” Exile’s music is available on all digital platforms here.