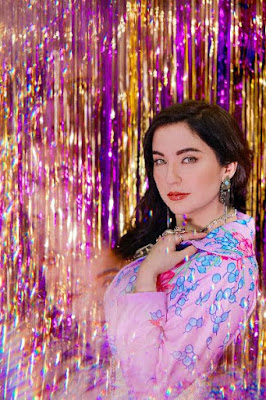 Hard work, heartbreak, and a voice that resonates like a southern choir, rising country music artist, Candi Carpenter, has fought for 20 years to make her way to the Grand Ole Opry stage. On Friday, July 12th her dream comes true as she makes her Opry debut.

“I feel like I’ve been waiting for this my whole life – ever since I was lucky enough to meet my mentor, Jack Greene, and him allowing me to become a member of The Jack Greene Show, then spending countless hours peeking out from that curtain and dreaming it was me out there,” says Carpenter. She continues, “This first time performing at the Opry is just as much for Jack as it is me. I feel like he’ll be standing right there in that circle with me.”

With an already impressive canon of songs, Carpenter is thrilled to also be hitting the Opry stage by premiering new music recorded and produced by Grammy Award winner, Brandi Carlile. Each song, “Fancy Floors” and “The Astronaut” also feature Carlile in the background vocal.

“Both of these songs are important to me and this was my first time working with a female producer. Brandi and I started the session just singing the songs back and forth on guitar going over every line. She really went out of her way to connect with who I am as an artist – it was a beautiful, emotional, truly magical day in the studio.”

After experiencing so much heartbreak and rejection at a young age, Carpenter was disenchanted with her career and felt like her dreams were slipping away. She was broke and cleaning houses along with working two other jobs to pay her bills. While working for various clients cleaning their homes, she had a lot of time to think about the past and her uncertain future. She started writing “Fancy Floors" while cleaning someone’s beautiful dining room. It was the first time she had been excited about a song in a long time, so she took the idea to her close friend, Leslie Satcher. Leslie isn’t just a hit songwriter, she is also one of Carpenter’s favorite artists, always seeming to know how to make a solid idea even stronger.

This song started with a new found love of astronomy and a season of questioning everything. As Carpenter was going through an emotional rough patch, trying to make sense of life and find her purpose, this song started as only the first four lines and the bridge. Unsure of what to do with the song, she showed it to Alden Witt and John Caldwell during one of their weekly writing sessions. The two jumped on board immediately and helped to breathe new life into the track. The song was finished in just a few hours and took on a life of its own - it demanded to be written.

2019 is proving to be an exciting year of firsts and noteworthy accomplishments for Carpenter. Along with recording new music with Grammy Award winner, Brandi Carlile, and achieving her childhood dream of performing at the Grand Ole Opry, she is also in the process of organizing a world tour, will be performing at Dolly Parton’s 50th Anniversary at the Opry, and is set to perform at the Newport Music Festival.

American Icon, Dolly Parton, recently stated, “Candi Carpenter is one of the greatest singer/songwriters I've ever heard, bar none. I became a fan when I heard some demos and said, 'That girl's a star!' I think you'll agree.”

For more info on Candi, go to https://www.candicarpenter.com or follow her on social media.
Posted by LovinLyrics at 9:20 AM