Available NOW on all streaming platforms 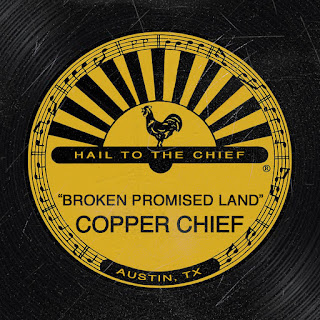 Recorded at the legendary Sun Studio in Memphis, TN and produced by Sun Studio's, Ples Hampton, "Broken Promised Land" brings forth Copper Chief's signature mix of roots, country and rock 'n' roll. Sun Studio was able to capture the raw emotion behind this guitar-heavy tune which embraced their classic, swampy southern rock style while lending a subtle nod to the early greats that recorded their distinctive sounds there. Woven with swift, powerful harmonies, "Broken Promised Land" was written by vocalist and guitarist, Rio Tripiano, while still in his twenties. Politically and emotionally charged, Tripiano states, "I think the subject matter and the emotions associated with this song accurately reflect our current climate. It's a good song and now is the time for it to come out."

"We were thrilled to record our new single in a town so deeply rooted in music," said vocalist and acoustic guitarist, Mike Vallerie. "We experienced something that's been happening in Memphis for generations and it's almost like we got to be a part of its living history. Being a songwriter and artist includes talking about the world around you and telling that story through your music. It felt like the right time and the right environment to put this one out there."

Burning a path across Texas and the U.S., Copper Chief has steadily garnered growing crowds. They have shared their music with countless fans at festivals and sold out shows while taking pride in their high-energy performances. This year alone, Copper Chief has performed on stages at both SXSW and Stagecoach Festival, starred as a fan favorite on the USA Network's country music showcase series, "Real Country" and joined country legends Travis Tritt and The Charlie Daniels Band for an epic stop on the "Outlaws & Renegades Tour." Tonight Copper Chief is set to perform at the iconic, Fort Worth honky-tonk, Billy Bob's Texas. Doors open at 6 p.m. CDT with music starting at 8 p.m. CDT. Buy your tickets here. 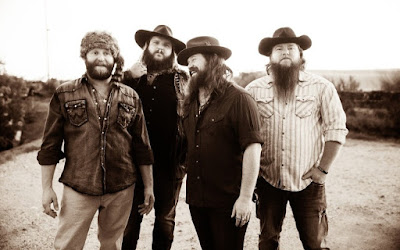 Posted by LovinLyrics at 2:58 PM