DAN RATHER SITS DOWN WITH LITTLE BIG TOWN, ALABAMA, BRIAN JOHNSON OF AC/DC, BRET MICHAELS, AND MORE WHEN "THE BIG INTERVIEW WITH DAN RATHER" RETURNS OCTOBER 1 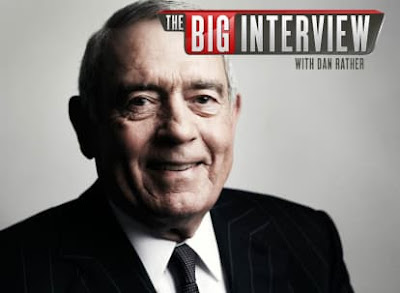 THE BIG INTERVIEW CONTINUES ITS SEVENTH SEASON WITH 12 ALL-NEW EPISODES, AS HOST DAN RATHER SITS DOWN WITH AC/DC LEGEND BRIAN JOHNSON FOR A CANDID CONVERSATION ON OCTOBER 1 AT 8 P.M. ET

AXS TV’s popular sit-down series The Big Interview returns for the second-half of its seventh season, premiering Tuesday, October 1 at 8pE/5pP. The series’ fall cycle features 12 all-new 60-minute episodes, as host Dan Rather joins a roster of iconic entertainers for candid conversations providing a unique glimpse into their personal lives, defining moments, and incredible careers. The fall cycle kicks off with an in-depth discussion with Brian Johnson, AC/DC frontman and host of AXS TV’s globetrotting music series Brian Johnson: A Life On The Road.


In this exclusive first look, Johnson recalls getting writer’s block while working on AC/DC’s landmark “Back In Black” album in the Bahamas. Feeling completely out of ideas, Johnson sat down for breakfast with legendary producer Mutt Lange. As the pair spoke, a tropical storm rolled in—jolting Johnson’s creativity and planting the seeds for what would become one of AC/DC’s most enduring hits: “Hells Bells.” “Mutt went, ‘Oh, it’s rolling thunder!’ And I went, ‘Rolling thunder, pouring rain, coming on like a hurricane. There’s white lightning flashing,’” Johnson explains. “I mean I literally was giving a weather report.” Though they didn’t know it then, the song would go down as a signature piece for the band, helping secure their place as masters of rock. He continues, “When great things are happening so quickly, you never realize, do you? It’s so fabulous. It just looks so easy. When you try to do it again, it never works!”

“It is a pleasure to have the opportunity to speak with these entertainment icons each week,” Rather said. “It is a rare treat to be able to delve into a side of these artists that the public doesn’t often get to see, as they tell their stories and share their thoughts in their own words. I am humbled that the series has been so warmly received by AXS TV’s audience, and I look forward to showing our viewers what we’ve been working on in this upcoming fall cycle.”

“The first-half of this season of The Big Interview was one of the best yet, and AXS TV is proud to finish the year strong with 12 more insightful episodes when the series resumes its fall cycle,” said Lucia McCalmont, Vice President of Programming and Scheduling, AXS TV. “The second-half of season seven features an eclectic guest list highlighting top talent from the realms of music, movies, and sports, and offering something for everyone to enjoy. Dan Rather’s ability to get these superstars to open up about their achievements, challenges, and legacies has really resonated with our viewers, and we look forward to providing them with even more of the high quality discussions they’ve come to expect when The Big Interview returns on October 1.”