General On Sale Tickets Are Available On Friday, August 16th 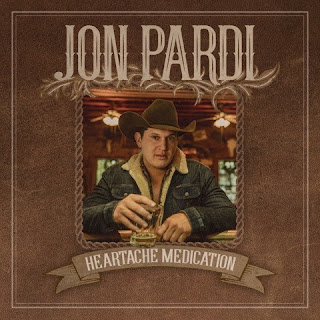 Providing listeners with a traditional set of songs that punch the radio dial with an album that is even a stronger dose of twang than its predecessors, Pardi has set the record as “...a beacon lighting up the darkness to lead us back to true country music (Music Row).” Pardi is featured as a co-writer on several of the songs on his forthcoming album, and returns as a producer for the third time (California Sunrise, Write You A Song). Heartache Medication pairs him again with California Sunrise co-producer Bart Butler, and with Ryan Gore joining as first-time co-producer.

Pardi will kick off his Heartache Medication Tour with his first-ever, two back-to-back, sold out headlining shows at the historic Ryman Auditorium on Oct. 1st and Oct. 2nd.

Recognized for his "state-of-the-art blend of traditional instrumentation and progressive grooves that points to the country's future” (Rolling Stone) and as “a leader among a growing number of artists bringing back fiddle, steel and twang while still finding ways to freshen the sound” (People), Heartache Medication is the follow up to Pardi’s co-produced Platinum-selling breakthrough #1 album California Sunrise, which featured Multi-Platinum, chart-topping hits including “Dirt on My Boots,” “Head Over Boots,” “Heartache on the Dance Floor” and “Night Shift."


Pre-order the album Heartache Medication (HERE). For more information and to purchase tickets to the upcoming tour dates, visit www.jonpardi.com.

Posted by LovinLyrics at 6:13 PM