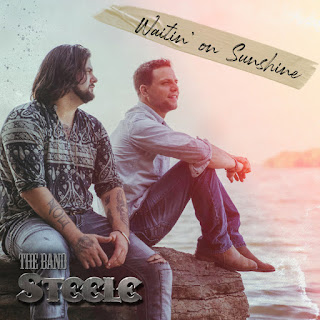 Produced by Matt McClure (Lee Brice/Lindsay Ell/Dylan Scott) and recorded at The Roost in Nashville, TN, the storyline is set on a sandy beach where a summer love is lost in time, revived by forever memories, and returns to a romantic place in time. The motion picture opener sets the mood raising the curtain to reveal the ebb and flow of the contemporary production (featuring piano, fiddle and banjo highlights) that sway and move Steele’s raw, unfiltered vocals and emotional delivery.

SHE’S ANOTHER LONG LOST LOVER
THAT STOLE MY HEART ONE WEEK LAST SUMMER
WHEN WE CLOSED OUR EYES, AND TOUCHED LIPS FOR THE FIRST TIME
BEFORE I LEFT I WENT BACK TO THE SOUND OF SALT WATER

“My dad inspired the idea behind the song,” introduced Ben Rubino. “One summer, he went to Panama City Beach, Florida where he fell in love with a girl. As life circumstance would have it, he had to leave her behind and they never met again.”

“True love is out there; sometimes you find it, sometimes it finds you,” Bo Steele added. “Our version of the story has a much happier ending; he returns to his ‘long lost love.’ We hope to inspire people to never give up on love when distance is the only obstacle.”

The release of the new track is an early introduction to the duo’s much-anticipated, sophomore recording project and follows the success of their current single, “Sit Awhile.” Recorded and released in August 2018 as a dedication to our military, “Sit Awhile” has enjoyed exponential engagement from millions worldwide by both country music enthusiasts and military supporters. The track peaked at #36 on the MusicRow Country Breakout Chart (March 2019) while the corresponding music video, filmed as a patriotic tribute to our men and women of military service and their families, premiered on CMT.com and has enjoyed millions of views. Bo and Ben have performed nationally at VA hospitals, veteran’s homes and military bases including Marine Corps Base Quantico, Fort Bragg, Fort Campbell, Fort Hood, Fort Rucker, Tyndall Air Force Base and USO Georgia among others.
Posted by LovinLyrics at 6:07 PM