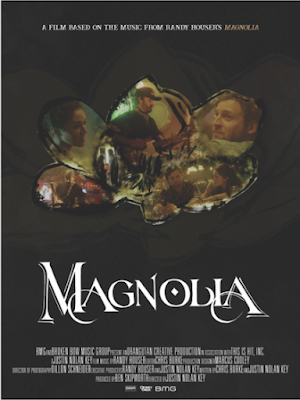 Randy Houser officially announced his film, inspired by his critically-acclaimed album, Magnolia, will be released on August 20. Drawing from the heartbreak, grit and working-class rawness of his latest album and the life stories he’s collected along the way, Houser created a film of the same name as both a visual representation his heavily-lauded work, and a narrative film thematically based on the music. Magnolia (the film) can be found on digital platforms including Amazon and iTunes and is available for pre-order now.

Mirroring the blue-collar sentiments of Magnolia’s lyrics, the film follows Noah, an oil pipeline/rig worker as he returns home to the Gulf Coast and must confront his past while also determining his future. Directed by Justin Nolan Key, an established music video and documentary director who has worked with Taylor Swift, Maren Morris and the CMA—the film was authentically shot in Houser’s home state of Mississippi, providing the perfect backdrop to highlight his rootsy melodies and swampy guitar licks. In the film, Houser plays a local bartender/singer at the town dive and performs several live acoustic versions select songs off the album, including his latest single, “No Stone Unturned.”

“Magnolia tells my story but also tells the story of running away from something while not knowing exactly what you’re running to,” said Houser. “As I got into the groove of creating this album, the story became so vivid in my mind that I realized it had to live through more than just a body of music and become a film. That’s exactly what we created... a film about running towards your truth.”

Fans can get a behind-the-scenes look at the film in the new “Randy Houser 'Magnolia' The Making Of” video here. Houser’s fingerprints can be found on every inch of the project, serving as executive producer for the film and having co-wrote every song on the album. This body of music began as a passion project and a way to recalibrate to become Houser’s most authentic and gutsiest project to date. He spent nearly two years on a journey of self-exploration through music, pulling from his Mississippi roots to cultivate an organic, un-polished work of art that NPR calls “some of the most expressive performances of his career.” Despite this new season of life, Randy’s unshakable, wailing vocals (that earned him four #1 hits, a slew of award nominations and critical acclaim), remain constant.

“Magnolia has been my beacon of light and restored my spirit and my truth,” said Houser. “It’s also the most daring and honest piece of work I’ve made in my life.”
Posted by LovinLyrics at 9:22 AM