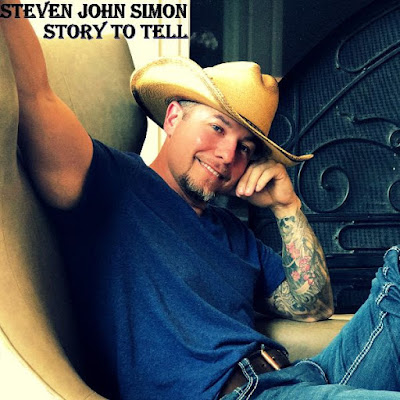 
"Story to Tell" originated when the songwriter, Rob Carona, pitched the song to my label, Heart Songs Records. My manager sent me the song and I literally fell in love with the track. I was a bit intimidated by the lyrics and melody, it definitely stretched me as an artist. So I contacted Rob and we worked on the vocal presentation together. I wanted to make sure I was delivering the song in the Way he envisioned because the song is really special."
- Steven John Simon


"This song had a lot of personal meaning to me so finding the right artist to "tell the story" was important. Steven Simon's true country vocal and his authentic delivery was so great to hear."
- Rob Carona, Songwriter

Steven John Simon will be releasing a lyric video for Story to Tell when the single releases on October 18th, 2019.

His freshman EP is due to release at the end of the year.

Posted by LovinLyrics at 3:22 PM