ACM/CMA Award-winning artist Jon Pardi was recognized last night in Atlanta for earning more than 1 Billion streams on Pandora. The singer/songwriter/producer performed an exclusive concert on September 23 at Buckhead Theatre in Atlanta in celebration of his upcoming album release Heartache Medication, on September 27th.

The Pandora LIVE show unofficially kicked off the new album and tour ahead of Heartache Medication, the long-awaited third studio album out Friday, and marked Pardi’s official status as a Pandora Billionaire, achieving over 1 billion lifetime spins on Pandora. 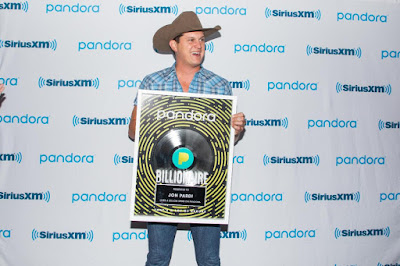 Jon Pardi recognized for his official status as a Pandora Billionaire, achieving over 1 billion lifetime spins on Pandora while playing at an Atlanta Pandora Live event at Buckhead Theatre on September 23, 2019 in celebration of his Heartache Medication album release.
Photo credit/Katie Kauss 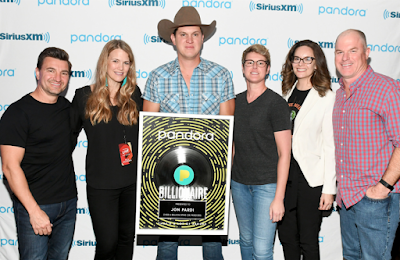