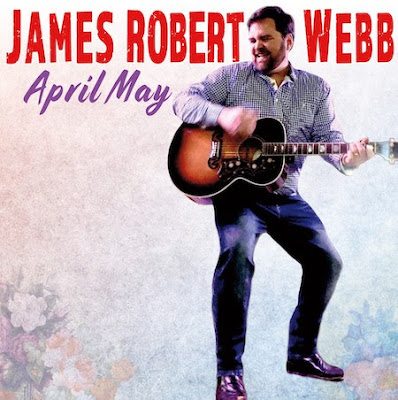 Country crooner James Robert Webb debuted on the Billboard Indicator Country chart at No. 58 this week with his most recent single, “April May.” The catchy tune,written by Webb himself, is a thoughtful play of words and continues to gain traction and attention of listeners, including its current position at No. 45 on the MusicRow Country Breakout chart. Produced by iconic producer Buddy Cannon, the song was released earlier this year with support from Spotify’s New Music Nashville playlist. It is available for streaming and download here.

“When we started out, ‘April May’ was the first song that I played for Buddy. It's been a fan favorite ever since we started playing it. The song really seems to resonate with our younger fans and it's been so cool to see that at live shows. I want to thank the fans and I especially want to thank country radio for getting behind this song as it climbs the charts!,” said James Robert Webb.

Webb has over 400,000 streams on Spotify and has performed at acclaimed venues such as the Ryman Auditorium, Cain’s Ballroom and The Bluebird Cafe, to name a few. His last radio single "Now We’re Gettin' Somewhere," rose to No. 24 on the MusicRow Country Breakout Chart and No. 43 on Billboard Indicator Country chart.

Posted by LovinLyrics at 5:27 PM