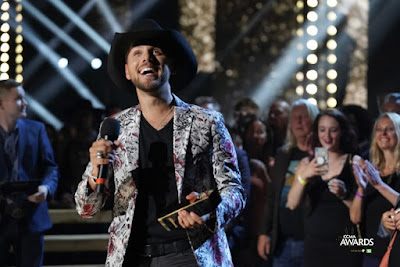 After taking the lead as the most nominated male acts for the 2019 CCMA Awards, Country artist Brett Kissel was granted the well-deserved Apple Music Fans’ Choice Award. This most recent win adds to the lengthy list of the now Nashville-based artist’s achievements including his previous CCMA win for Interactive Artist of the Year and the 2019 Juno Award (equivalent to a GRAMMY) for Country Album of the Year for his album, We Were That Song among many others (see here).

In the midst of his big win, Kissel has made his official stateside debut with the release of his new single, “Drink About Me” along with the music video for the track which features Bachelor Nation fan favorites Kaitlyn Bristowe and Jason Tartick.

The video premiered on Entertainment Tonight and PEOPLE Magazine released a behind-the-scenes photo diary from the video shoot (see here). The song is currently featured on many editorial playlists on Amazon Music, Apple Music, Pandora and Spotify as Brett is starting to build quite a buzz here in the states.
Posted by LovinLyrics at 5:15 PM