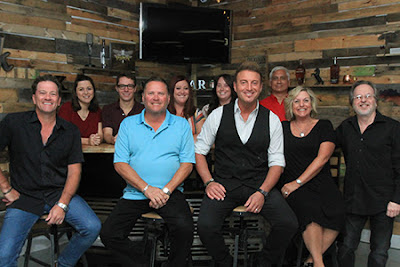 Accomplished independent country artist Tim Rushlow, has signed exclusively with The Kinkead Entertainment Agency for worldwide booking representation. Known for his high-energy performances and his ability to captivate every audience, Rushlow is first and foremost an entertainer. He first achieved multi-platinum success in the '90s as the powerhouse lead vocalist of country supergroup Little Texas, with chart-toppers such as “God Blessed Texas,” “What Might Have Been” and “Amy’s Back In Austin.” Rushlow is a three-time Grammy nominee, CMA and ACM Award winner.

“TKEA is proud to be the exclusive agents for Tim Rushlow, and welcome him, and his team to our booking/talent agency. Tim is a true artist in the sense that he has reinvented his brand over the course of his career several times and has left a mark in the entertainment industry,” stated Bob Kinkead, CEO. “A lead singer of one of the most successful bands to break in the country music business in the early 90s, to a singer-songwriter with his one man show, to the high energy of his big band show and PBS special. I have seen the fire, passion and drive in his eyes that will take his career to a whole new level, and I am excited to be part of his career and opportunities that we will create together.”

“After not touring for over twelve years in the country space, I am honored to make a return to the country music scene for representation with Bob and his staff at Kincaid Entertainment Agency, who share my passion to do this,” stated Tim Rushlow. “I am humbled by new and old listeners alike that have continually asked for me to tour again. I look forward to bringing my songs from the 90's soundtrack back to life again along with my first new music in a decade as well.”

With the recent strong resurgence in ‘90s Country and increased demand from his fans, Tim is once again focusing his energy into the music that first brought him to a global audience. He has recently written and recorded a collection of all new songs which will be a launch pad for the next phase of his career and he is very excited to be performing his unique brand of Country music – including his arsenal of hits from the soundtrack of the ‘90s and never-before-heard new music – for fans everywhere.