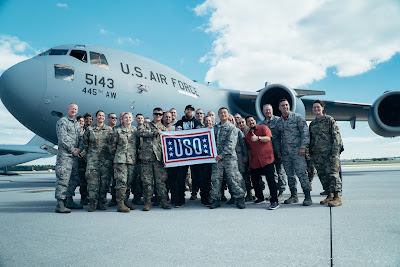 With his new album Fire & Brimstone hot off The Valory Music Co. presses, Georgia boy and modern-day outlaw Brantley Gilbert heads to New York today for multiple media appearances and performances. Tonight at 7 PM, Gilbert kicks off the week with the “iHeartCountry Album Release Party with Brantley Gilbert,” an exclusive performance and Q&A at the iHeartRadio Theater NY.  Fans can tune into a 60-minute live video stream on LiveXLive. The event will also broadcast live on iHeartMedia’s Mainstream Country radio stations at 7pm local time.

Tomorrow (10/8), Gilbert will appear for an early morning performance on Fox & Friends. Tune in to see Gilbert performing the new BG Nation anthem “Fire’t Up” in the 8 a.m. hour (simulcast in all timezones).

Gilbert celebrated the release of Fire & Brimstone on October 4 with the men and women on Wright-Patterson Air Force Base in Dayton, Ohio. Gilbert spent the day touring the base and meeting different units while learning about all they do for our country. Saying thank you the best way he knows how – Gilbert capped off the evening with a free concert with the USO for service members and their families at the WPAFB theater with an hour-plus long performance kicking off with “Kick It In The Sticks,” “What Happens In A Small Town” and ending with “Bottoms Up.”

Watch/share the live stream of the concert here.

His first release in nearly three years delivers Gilbert’s take on love, family, redemption and life in a small town. Like his previous four albums, all 15 tracks on Fire & Brimstone are either written or co-written by Gilbert. 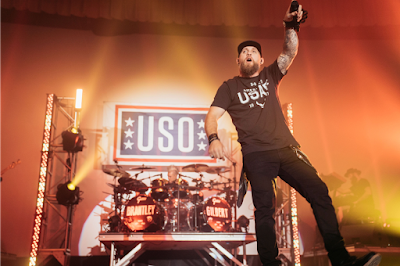 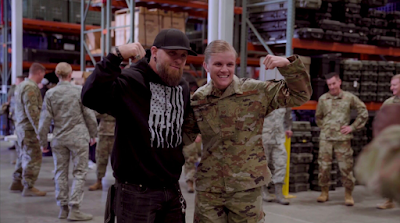