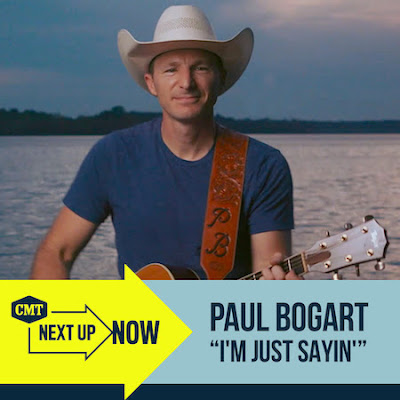 Country crooner Paul Bogart brings us back to Summer with his new official music video for “I’m Just Sayin’.” CMT's Next Up Now debuted this feel-good, breezy video on Wednesday, taking viewers on to the water with Bogart, prolonging the warmer months as long as possible. Written and produced by Trent Willmon with Jenee Fleanor and Buddy Owens, Bogart sings a lighthearted love song about wooing a woman with a tropical getaway and it can be streamed here. The music video was directed by Nashville’s Quinton Cook.

“Quinton Cook did a fantastic job of capturing everything that this song is about; highlighting a perfect day on the water, in the sun, with your girl and loving life. The video fits the song to a T and I am extremely proud of it and excited for the world to see it,” said Paul Bogart.

The single premiered on Medium.com has already received support from playlists including Apple Music’s The Sand Bar, Spotify’s New Music Nashville and Pandora’s New Country Now and Spring Break. Paul's previous single, “Mothers and Sons,” gained support from Spotify on their New Music Nashville playlist and Taste of Country called his song “When the Cowboys are Gone,” “nothing but authentic.”
Posted by LovinLyrics at 3:58 PM