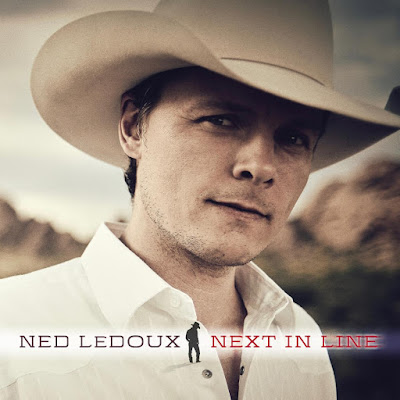 Ned LeDoux, whose Next In Line album hits November 8, 2019, headlined the “Farmer Strong” benefit concert at Five Rocks Amphitheater in Gering, Nebraska recently that netted $195,000 for the Fort Laramie Canal Breach Disaster Relief Fund. The canal provides irrigation water to approximately 107,000 acres in Wyoming and Nebraska, and 100% of the funds raised from the event support area producers affected by the breach and tunnel collapse that occurred July 17.

“Coming from a ranching background myself, I'll always support the family ranchers and farmers,” said Ned of the successful event.

Ned has been on the road with his Dance With Your Spurs On Tour presented by Just LeDoux It Whiskey promoting Next In Line, his second full-length album, and current single “Old Fashioned.” The 13-cut album is filled with songs that reflect his roots and honor the hard-working characters who have influenced his life.

"Next In Line" Track Listing

Keep Up with Ned LeDoux at www.NedLeDoux.com
Posted by LovinLyrics at 3:49 PM