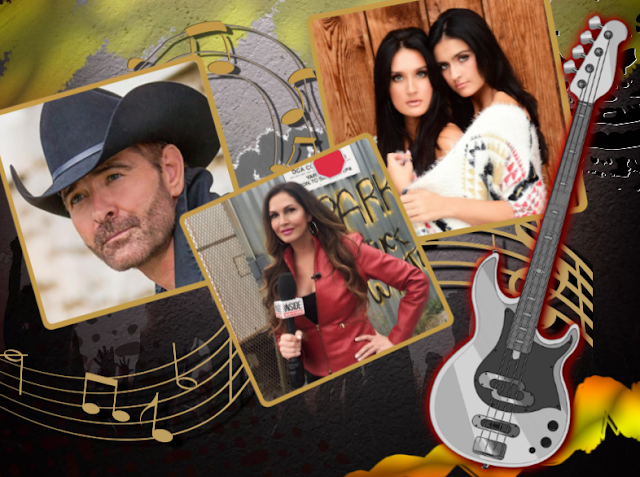 Burns was the founding member of the Grammy-nominated ACM & AMA award-winning, platinum-selling group Trick Pony, best known for their smash hits, "Pour Me" and "Just What I Do." Guerrero is the popular on-air television personality of 'Inside Edition.' Burns and Guerrero recently released the single "Everybody Loves A Comeback," which is currently making waves in the music industry.

The camp will also feature some of the best singers and songwriters in Nashville. They will be the band's coaches, providing expert guidance and knowledge. Some of the coaches have included Steve Williams, writer of "Redneck Yacht Club" for Craig Morgan and Tim "Fiddleman" Watson who has played and recorded with the likes of Tammy Wynette, Waylon Jennings, Willie Nelson, Travis Tritt, Jamey Johnson, Jon Pardi, Kid Rock, and many others.

Country Music Fantasy Camp allows campers to write original country songs in a "band" setting with guidance from some of country music's best. After the bands write the songs, they then head into the studio to record them with some of Nashville's top musicians. That evening, magic happens with a group dinner and a live stage for any of the campers and musicians to get up and play and/or sing. The next day includes a live performance the band's original song on a stage at one of Nashville top honky tonks, backed up with great live musicians. Delicious meals, photo shoots of each camper and the bands plus digital copies of all recorded music will be provided to all campers shortly after the end of this exciting two plus days in Nashville.

Each camper is responsible for their own accommodations. Country Music Fantasy Camp has also negotiated great rates at some of Nashville's best hotels that campers can take advantage of.

Come live out your dream at this 2-day Country Music Fantasy Camp headlined by Keith Burns and Lisa Guerrero.Watch their video about the event, and reserve your space today at www.cmfantasycamp.com.

"You don't need amazing talent as we have the best in the business teaching and backing you up" says Bob Ekman, Founder and CEO of Country Music Fantasy Camp. "You've just gotta love music."

Country Music Fantasy Camp also develops customized corporate and other group events highlighting writing, recording and performing songs for team building, incentives and even competition. CMFC is also available to travel to work with corporations, the military, and associations so that many can live out their Country Music Fantasy anywhere in the US.

Posted by LovinLyrics at 4:53 PM