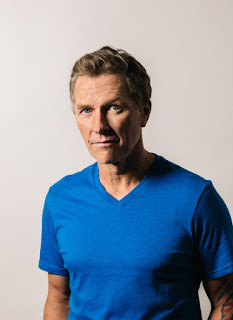 Country music entertainer, TV host and Army veteran Craig Morgan honored Veterans Day with his third consecutive sold out annual show at City Winery Nashville. The memorable evening included a live impromptu audience video call with a marine at Camp Lejeune and performances from surprise guests Gavin DeGraw, joining Morgan for “Soldier” to a standing ovation, and Brad Arnold from 3 Doors Down taking the stage for “Here Without You” and “When I’m Gone” for the capacity crowd.

Another show stopping moment included Morgan’s performance of his faith-filled tribute to his son Jerry, “The Father, My Son, And The Holy Ghost.” The song first made national news this fall, hitting No. 1 on iTunes All Genres Top Songs chart in addition to the Top Country Songs chart with the support of longtime friend and fellow Opry member, Blake Shelton. Shelton launched an unprecedented twitter campaign in support of the song he says he would “gladly give up (his) spot on country radio for.” The viral push gained support from several other artists and celebrities including Blanco Brown, Kelly Clarkson, Luke Combs, Carson Daly, Ellen DeGeneres, Charles Esten, Larry The Cable Guy, Angie Harmon, Gwen Stefani, Cole Swindell, The Today Show and more. In September, Craig reunited with BBR Music Group’s flagship label Broken Bow Records, his record label home for more than six years, and the song again returned to the #1 position on Nielsen Soundscan’s Digital Country chart following his October performance on “The Kelly Clarkson Show.”

Listen to “The Father, My Son, And The Holy Ghost” HERE

Craig will also appear as a presenter at “The 53rd Annual CMA Awards,” airing Wednesday, November 13 at 8/7c on ABC.
Posted by LovinLyrics at 11:34 AM