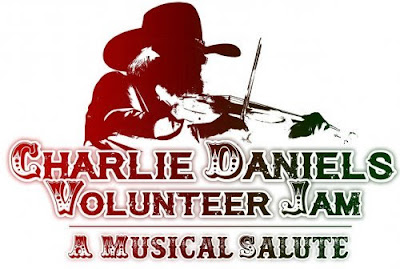 Country Music Hall of Famer Charlie Daniels has announced the return of his legendary Volunteer Jam live concert. Headlined by The Charlie Daniels Band, the all-star, multi-artist event is set to take place on Tuesday, September 15 at 7 p.m. / CT at Nashville's Bridgestone Arena. Tickets go on sale via Ticketmaster this Friday, December 20 at 10 a.m. / CT.

"We play over one hundred cities every year and they're all special in their own way, but when you get a chance to bring it all back home, especially when so many of your friends are joining you, it don't get much better than that," says Daniels. "Jammin' in the Guitar Town, second to none!"

From last-minute surprise guests to legendary collaborations, each Volunteer Jam is a special experience.

"The jam is unique in so many ways," notes Daniels' manager David Corlew. "Multi-act shows are common these days, but none offer the opportunity to interact with the other acts, literally by jamming with a plethora of artists and musicians. It's Charlie Daniels at his best!"

Participating artists will be announced in February of next year. The event is produced by Outback Presents in association with David Corlew and Associates.

The Charlie Daniels Band performed the first Volunteer Jam on October 4, 1974, at the War Memorial Auditorium in Nashville, Tennessee, marking the beginning of a tradition. Over the Jam's four-decade history, Daniels and his band have played alongside superstar guests including Ted Nugent, The Allman Brothers Band, The Marshall Tucker Band, Billy Joel, Garth Brooks, Billy Ray Cyrus, Stevie Ray Vaughan, Tammy Wynette, Roy Acuff, Carl Perkins, ALABAMA, Don Henley, Barefoot Jerry and more. Many of these concerts were broadcast live on the radio. The Volunteer Jam on national television included a live broadcast on the Jerry Lewis Telethon and a Dick Clark-produced network special. The Volunteer Jam is also the title of a series of albums released by Daniels of performances from the late 1970s and early 1980s at Volunteer Jam shows.
Posted by LovinLyrics at 12:23 PM