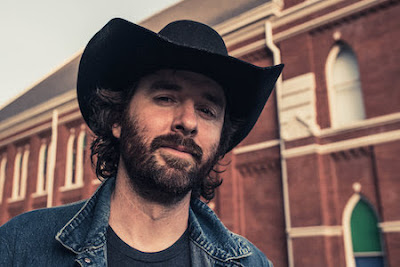 Nashville honky-tonk crooner, James Carothers, will play the Grand Ole Opry for the first time on Friday, January 17, 2020. He will perform before country icon Alan Jackson during his sets at both the 7:00 P.M., and the 9:30 P.M. shows that evening at the Ryman Auditorium. Tickets available here. Carothers' debut comes on the heels of his latest album, Songs & Stories, released independently on November 22, 2019.

James was the 2018 WSM Road Show Winner, resulting in the opportunity to make his Grand Ole Opry debut opening for Jackson. He was also selected by Jackson from the crop of rising artists who play at AJ’s Good Time Bar, Jackson’s self-owned honky-tonk on downtown Nashville’s famed “Lower Broadway,” to open select dates on Jackson’s 2019 “Honky Tonk Highway” tour.

"The Opry has been a goal of mine for the longest time, so getting to play the same night as Alan Jackson at the Ryman is the best news ever," James said. "I can't wait to see all of my family and friends there. It's just going to be a tremendous honor."

Carothers will join a cast of country legends the evening of his debut, including Jackson, Alison Krauss, Gene Watson and more to be announced.

Learn more about James at www.JamesCarothers.com.