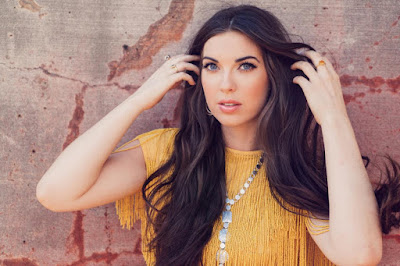 Today, America will be introduced to this outrageous fictional town at the heart of country newcomer Jenny Tolman’s debut album when “There Goes the Neighborhood” is added to CMT Music’s video rotation.

Tolman says, "I'm grateful to everyone at CMT for continuing to support females in country music by giving them equal play. The High Class White Trash Welcoming Committee is ready for their big screen debut!"

With a sassy yet savvy approach, director Christina Cooper brings to life a make-believe burg full of gossipy women who are at once lovable and neurotic, catty and competitive. The object of their affection is the new town hottie, though ultimately the joke is on the desperate women in this charming ditty written by Tolman, producer Dave Brainard and tunesmith Mary Haller.

As Nashville Scene writer Brittney McKenna notes, “Nashville can be a tough town for women making country music,” but Tolman counters that dose of reality, she says, by concocting her own playful dreamworld. “[By] offering glimpses at colorful characters who speak larger truths about small-town life,” McKenna adds, “Tolman is as compelling a vocalist and songwriter as she is world-builder.”

The video, which features personal friends of Tolman, will have great appeal to those who can relate to the foibles of southern life. “There’s a huge thread of self-perception and body image … and a whole take on all of society’s pressures,” Tolman says of this and other songs on Neighborhood.