A RECOLLECTION AND MUSICAL DEDICATION TO OUR MEN AND WOMEN OF SERVICE
WHO HAVE MADE THE ULTIMATE SACRIFICE
AVAILABLE FRIDAY, MARCH 20, 2020
• Single Poised As “Vocal Event Of The Year” •
• Proceeds To Benefit TAPS • 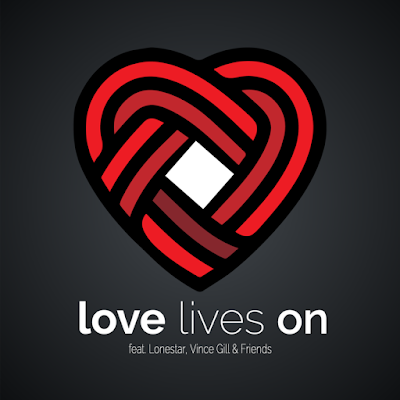 Roots & American Music Society (RAMS), a 501(c)3 not-for-profit organization and record label based in Memphis, Tennessee, has teamed with the Tragedy Assistance Program for Survivors (TAPS) to orchestrate and create a meaningful recording project titled LOVE LIVES ON. The combined creative endeavor aligned TAPS military families, who have endured the loss of a loved one, with some of the music industry’s most gifted and renowned songwriters to pen the family members’ intimate and personal stories in music and song. The title track, “Love Lives On,”* and debut single will be released as an early introduction to the 10-track collaboration and available via all major digital retail and streaming outlets (Amazon/iTunes/Pandora/ Spotify/Tidal) on Friday, March 20, 2020. Pre-sale event begins Friday, February 21, 2020.

Written by TAPS Founder and President, Bonnie Carroll, alongside Richie McDonald (Lonestar), and producers Frank Myers (Richie McDonald/Kenny Loggins/Michael Burrows/Eddy Raven/Andy Griggs) and Jimmy Nichols (Reba/Faith Hill/Andy Griggs/Mindy McCready), “Love Lives On” opens with dancing piano keys that gently give way to an introspective and true-to-life storyline. Inspired by Carroll’s husband, Brig. Gen. Thomas C. Carroll, a lifelong Alaskan and commander of the Alaska Army National Guard who lost his life when his National Guard plane crashed, the recalling and captivating tune touches on the hardship of unexpected and untimely death, and learning to live again, in faith, love and with hope.

“Richie, Jimmy and I attended the TAPS 25th Anniversary Gala last year and the idea was inspired by Bonnie Carroll’s opening remarks,” introduced co-producer Frank Myers.“The song is a moving mid-tempo that not only speaks to Bonnie's personal story, but embraces the stories of so many TAPS survivors. This is by far the most meaningful project I have ever had the pleasure to be a part of."

Poised to be a "vocal event,” Richie McDonald (Lonestar) performs lead vocals complemented by Grammy®-winning artist Vince Gill; the tune is livened by a powerful chorus (signatured by an award-winning group of recording artists and songwriters) to shine “light at the end of the tunnel” symbolizing “hope” for those who carry the burden of grief.

LOVE LIVES ON - EVERY DAY EVERY NIGHT

IN OUR HEARTS IN OUR MINDS LIKE AND OLD CLASSIC SONG

LOVE LIVES ON - WHERE WE WORK WHERE WE LIVE

“I’m honored to be a part of this song that was inspired by Bonnie’s touching story,” said “Love Lives On” co-writer and lead vocalist Richie McDonald. “She poured her heart out, and as writers, we just took her emotions, put them to rhyme and reason to create a song that will hopefully help others to ‘remember’.”

“This song…the entire project…with these incredible artists, gifted songwriters and beautiful families, is our chance to tell the story of service and sacrifice in our military, and among our military families,” said Bonnie Carroll, TAPS Founder and President. “I am so very proud of, and grateful for, all those who offered their hand, talent and heart to bring my personal story, and vision, to life.”

The release of the title track serves as a commencement leading to the release of the LOVE LIVES ON CD compilation highlighting 10 original songs that honor the dedication and lives of our servicemen and women, and the sacrifice of fallen military heroes. Vince Gill, Billy Ray Cyrus, John Rich, All-4-One, Gatlin Brothers, Lonestar and many others lent their time and vocal talents to perform on the project. A stellar grouping of A-list studio and touring musicians also appear on the album including Vinnie Colaiuta, Eric Darken, Dan Huff, David Hungate (Toto) and David Pack (Ambrosia) among numerous others. LOVE LIVES ON (the album) is set for a 2020 Memorial Day weekend release. Net proceeds from both the single and CD release will benefit TAPS. Ed Gertler, Digital Retail Services, will spearhead the digital retail and streaming services.

“My very first performance for TAPS was one of the most moving and rewarding experiences of my career; I immediately felt compelled to share the organization's passion,” added co-producer Jimmy Nichols. “My hope is that this project helps make that happen—that the TAPS' mission is on the minds, lips and in the hearts of folks across the country. For all those we’ve lost, and for those who have suffered for our freedom, we dedicate this magical musical tribute to you; because love (truly does) lives on."