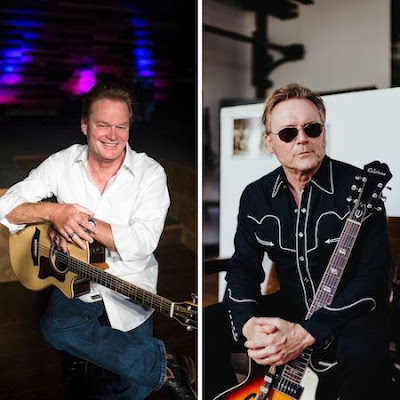 Country powerhouses Doug Stone and Terry McBride have signed with APA Nashville, it was announced today by Partner and Co-Head of Worldwide Concerts, Steve Lassiter.

From opening for Loretta Lynn at seven years-old to millions of albums sold and landing No. 1 hits including "Better Off In A Pinebox," "Why Didn’t I Think of That," and "In a Different Light," country singer Doug Stone helped define the genre as we know it. Still hitting the road and performing to dedicated fans across the nation, Stone is at the top of his game with his new album, Mama’s Songbook, coming out later this year.

Entertainer, songwriter and musician, as well as one of Nashville’s most established performers, Terry McBride led the super-group of A-List musicians, McBride & The Ride, with hits like "Sacred Ground" and "Going Out Of My Mind." He later hit the road with Brooks & Dunn, penning 13 of their singles including the No. 1 smash hit, "Play Something Country." The writer of countless hit songs, McBride has had cuts with top hit-makers such as Garth Brooks, Jon Pardi and Easton Corbin, to name a few. Returning to center stage these last few years and inspired by the honky-tonks and dance halls of his youth, he released his Hotels & Highways EP in 2017 and just wrapped up a new album, Rebels & Angels, produced by Grammy winning songwriter and producer, Luke Laird.

“We’re thrilled to be signing these two amazing legends of country music,” commented Lassiter in making the announcement. “Each played a major role in the fantastic resurgence of the genre in the nineties and we look forward to their continuing to make waves today.”

Additionally, both Stone and McBride have added 117 Publicity to their individual teams. Each has a slew of new projects on the horizon and busy touring schedules, keep up with them at DougStone.com and TerryMcBrideMusic.com.
Posted by LovinLyrics at 11:07 AM