Live Debut of Single on Today in Nashville 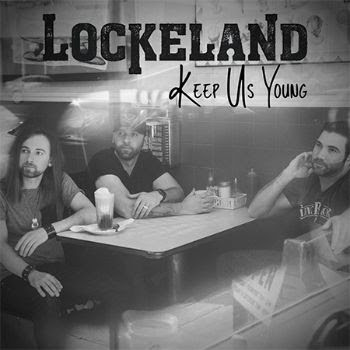 Following recent success of their 2019 releases “Til The Cow’s Come Home,” “Drive” and “These Hands,” the on the rise Country music trio, Lockeland (Michael Boris, Kyndon Oakes and Mark Vikingstad,) have announced the digital release of “Keep Us Young” ahead of an exciting year of new music and live shows. The new music, written by Boris, Oakes and Vikingstad, is an ode to those feelings sparked as young love ignites was premiered yesterday as an Exclusive first listen on Billboard Country. The song is available for streaming and downloads on all major digital music platforms.

“The three of us were inspired to pen “Keep Us Young” as a tribute to our parents, who have all been happily married for thirty-plus years,” shares Lockeland. “Strong relationships like theirs serve as an incredible example of how true love can keep couples young at heart.”

Lockeland’s live debut performance of “Keep Us Young,” their first single for 2020, aired during a live performance on Today In Nashville show on WSMV and can be viewed here.

Fronted by lead-singer Kyndon Oakes, Lockeland represents all that’s important about traditional U.S country, with a contemporary production standard. As a trio, their individual talents compliment each other instinctively resulting in a well polished, three-part harmony sound. Since the launch of the trio’s debut single, “Til The Cows Come Home”, Lockeland was selected as a regular full band stage act on the world famous Wildhorse Saloon stage in Nashville, appeared on the CMA Spotlight Stage (CMA Fest 2019) and opened for Big & Rich on two separate occasions in 2019. The group recently embarked on an international tour (canvassing England and Scotland) where the trio provided direct support for CAM at Millport Country Festival and shared the stage at the Long Road Festival with Kip Moore, Josh Turner, LANCO and loads more.

Stay current with everything Lockeland on their website: lockelandband.com
Posted by LovinLyrics at 6:10 PM