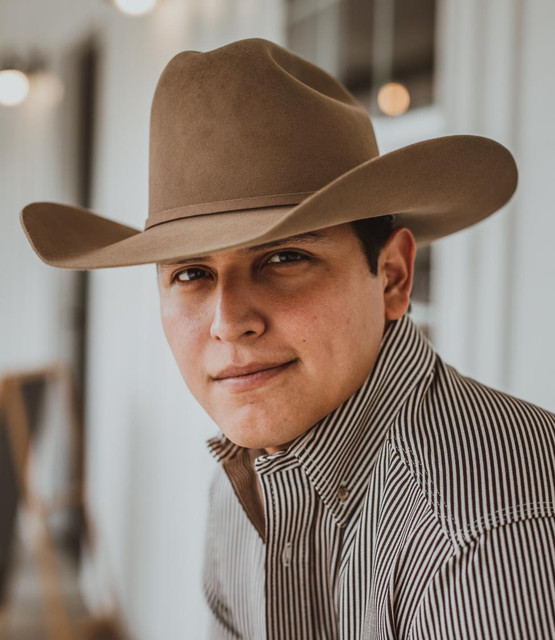 The song is the first single from his forthcoming new album, How The River Flows.

“Despite being in the middle of a pandemic, budget and having limited locations available,” says Castillo, “We managed to pull off a music video!”

“Say It,” which is currently moving up the charts, is Castillo’s latest up-tempo, toe-tapping, barn-burner honky tonk song. Written by Castillo along with noted songwriters Roger Brown ("She Gets That Way" for Kenny Chesney, "We Must Be Loving Right" for George Strait and Barbara Streisand), Tommy Conners ("The Last Ten Years (Superman)" for Kenny Rogers) and Don Rollins ("Five O'Clock Somewhere" for Alan Jackson and Jimmy Buffett), the infectious “Say It” is an introduction into the young artist’s ability to tap into a timelessly vital vein of the Lone Star state’s multiple musical traditions.

The video was directed by 613Media Productions with Trenton Johnson and Claiborne Myers. Shot at Hillbilly’s in McAllen, Texas, Castillo enlisted his friend Arianna Silva to play the part of his ex-girlfriend (that he’s trying to win back in the video), and they were joined by band members and friends from his hometown. “They all made the video that much sweeter with their two-steppin,’ spin-you-around, twirl-you-over-your-shoulder, and know-how to burn up the dance floor,” Castillo says. “We had a blast on the set!”

Produced by Brown, How the River Flows (release date Fall 2020) reflects the Austin-born Castillo's upbringing in laid-back Edinburg, Texas, where he absorbed the region's musical traditions and developed the independent sensibility that's helped him to chart his iconoclastic course as a live performer and recording artist.

Without the benefit of mainstream promotion, Castillo's first two self-released albums, Small Town Stories and Still Sane, established Castillo and his band as a popular presence in Texas clubs and online. His breakout single "For You," from Still Sane, racked up more than 100,000 streams, setting the stage for the vibrant creative evolution that's documented on How the River Flows.

The results on How the River Flows speak for themselves, marking Matt Castillo as a fresh, tenacious talent with a wide-open creative future.