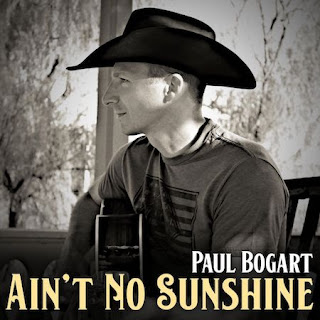 Listen to "Ain't No Sunshine" HERE

Paul Bogart lends his genuine cowboy authenticity to his reimagined and rootsy cover of the late Bill Withers’ “Ain’t No Sunshine.” Originally a bluesy and timeless classic, Bogart’s new interpretation of the song brings it squarely into the realm of traditional country music, offering a fresh perspective on an age old tale of heartbreak and longing. With swampy guitars, smooth vocals, and an eerily haunting fiddle part, the single gives listeners a rich and earthy presentation of a beloved song.

I can remember the first time I heard this song when I was 10 years old. My mom was singing her little heart out in the family car with the windows down right along with Bill Withers on the oldies radio station. I’d have never dreamed I would eventually get to record it and release it as my own single. Today is a good day!” said Paul Bogart.

Paul is no stranger to pushing the parameters of country music and making it his own. He’s received widespread acclaim for his seamless effort to maintain commercial success all while bringing the fundamental roots that make traditional country music a time tested genre to the forefront of his music. A well-versed songwriter himself, his writing is a reflection of his musical heritage. In regards to Paul’s last single, Taste of Country said “Paul Bogart's new song is a shot of unadulterated feel-good country music. The singer-songwriter captures the upbeat, sunny vibe of a new love in 'When She Gets a Hold on You.'"