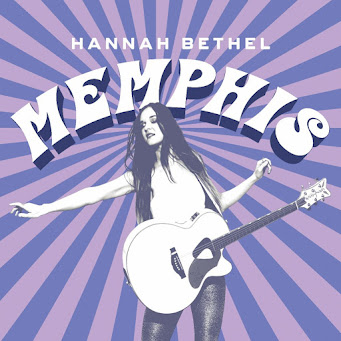 Americana/country singer-songwriter Hannah Bethel has released her latest single and lyric video, "Memphis." The video was premiered this week by Americana Highways and can also be viewed on YouTube here.

"Memphis" was written by Bethel, her sister Wynter Bethel, and Gabe Burdulis. The single was produced by the team of Brad Hill (Maren Morris/Brothers Osborne) and Lalo Guzman. The psychedelic-inspired lyric video was created by Iris Dutour.

The fun, rocking, mid-tempo opens with a slide guitar wailing over a scratch beatbox groove that sets the stage for Bethel's tale of a couple whose relationship has hit a dull spot and the solution is a spur of the moment idea to break away for a road trip adventure to Memphis.

"Maybe we should go to Memphis

Let's talk about it

We all need a little Graceland

Sunshine and a second chance

Sip some Tennessee whiskey 'til we understand

We've got a love that's endless

And maybe we should go to Memphis"

As the intensity of the song builds it is layered with B3 organ and a gospel-flavored vocal choir which further adds to its cool Delta vibe. With nods to the soul stylings of Otis Redding, Elvis's Graceland and the Mississippi River, the music track and visual lyrics provide a perfect showcase for Bethel's powerful vocals.

"I recorded 'Memphis' a while back," Bethel says. "I've been holding on to it waiting for the right time to release it. It's a song about getting back into a space of joy and fun, living in the moment and appreciating it. I feel like this is definitely the time for this song."

"Memphis" is the follow up to Bethel's critically acclaimed single and music video, "The House is on Fire," which was strongly embraced by Americana and country outlets, including Ditty TV, CMT, Americana Highways, The Alternate Root and others. The song also won first place in the 2019 Americana category of the International Songwriting Competition.

Bethel is also expanding her creative horizons and debuts her considerable acting skills in the new music video "Wreck Me" by Jamie O'Neal, where she co-stars along with her real-life boyfriend Chris Probasco in the sultry and steamy video which premiered this week on CMT.com. Bethel co-wrote the song with O'Neal and Rachele Lynae.

During the pandemic, Bethel has maintained a busy livestream performance schedule on the social media platforms of American Songwriter, The Boot, Americana Highways, CenterStage Magazine, and Women of Americana, as well as her own online outlets. She was recently featured on on the bill of the Yadaloo Music and Arts Virtual Festival (Arkansas' #1 music festival) alongside Erin Enderlin, Texas Hill, Craig Campbell and many others.

Stay current with Hannah Bethel's livestreams and tour dates on her website and follow and connect with her on social media. 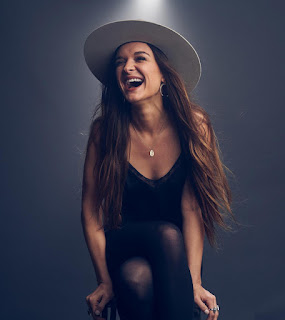