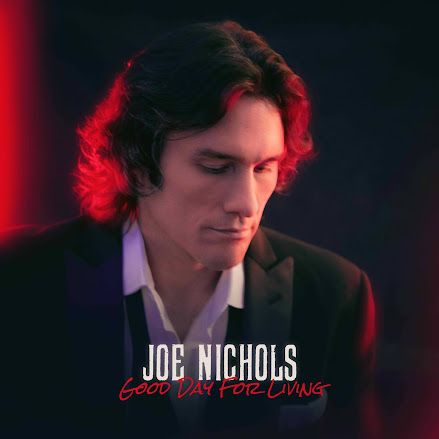 "For the first time in a long time, I don't feel any pressure," Nichols says. "I'm around great people. I'm the type of person who's always striving for more, but I've reached a place where I'm grateful for everything I've accomplished so far. It's been such a good run. I feel at peace, and that has freed me up to make new music that's very honest."

The collection features his newest single, "Home Run,” written by award-winning songwriters Ashley Gorley, Dallas Davidson and Ross Copperman. The album’s “Screened In,” is out today (11/12). Penned by hitmakers Neil Thrasher and Anthony Jerome Martin, the feel-good country thumper mixes a modern melody with a singalong lyric that fits the Arkansas native’s natural drawl like a glove.

Other songs releasing in advance of the full album include "I Wanna Be Your Tonight" (12/10) and the title track," Good Day For Living” (1/28). The entire project is a no-doubt nod to Nichols’ traditional roots, showcasing his smooth baritone on Saturday night dancehall stunner “Brokenhearted,” the light and fun “I Got Friends That Do,” featuring Blake Shelton, and the classic country tear-jerker “She Was.”