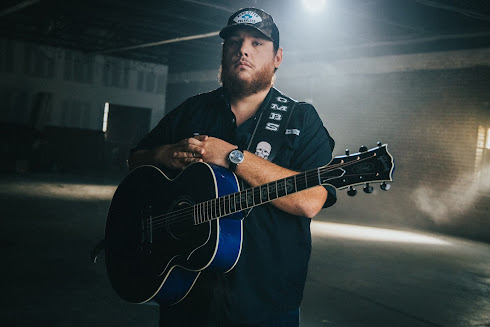 Credit: Zack Massey
Country superstar and newly minted CMA Entertainer of the Year Luke Combs will embark on his first-ever headline stadium tour next year with performances at Denver’s Empower Field at Mile High on May 21, Seattle’s Lumen Field on June 4 and Atlanta’s Mercedes-Benz Stadium on July 30. Special guests featured on the tour include Cody Johnson, Zach Bryan and Morgan Wade. See below for complete details.

The announcement adds to a monumental past few days for the 6x CMA, 3x ACM and 3x Billboard Music Award-winner, who won Entertainer of the Year at the 55th Annual CMA Awards, surprise-released his new song, “Doin’ This,” and debuted it live during the CMA Awards broadcast earlier this week. A personal reflection on his own life and career, Combs shares, “This song means a lot to me personally. Not to recite the lyrics, but for me, it’s truly about playing country music for a crowd, whether that’s 70 people or 70,000 people, and playing country music with my buddies in the band. It really doesn’t matter where we’re playing or how many people we’re playing for because it isn’t about the fame, the fortune, the name, or the glory. It’s about getting to make and play country music.” Listen HERE and watch/share the official music video HERE.

Additionally, reflecting on the past few days, Combs shares, “This week has been a whirlwind - got to debut a new song on the CMAs, release the song and music video to my fans, and announce three stadium shows at NFL stadiums. Talk about a week! It will be hard to top this one.”

Moreover, Combs current single, “Cold As You,” is Top 5 and rising at country radio—his seventh single released to radio from What You See Ain’t Always What You Get. The previous six singles along with his first five singles from his debut album have all gone No. 1—a historic, record-breaking run. Moreover, Combs recently released his new song, “South On Ya ,” which has been selected as the official theme song for the SEC Network’s 2021 football season.

Out now via River House Artists/Columbia Nashville, What You See Ain’t Always What You Get debuted at No. 1 on the all-genre Billboard 200 chart as well as Billboard’s Top Country Albums chart last fall. The deluxe edition features all 18 tracks from Combs’ double Platinum-certified, global No. 1 album, What You See Is What You Get, as well as five new songs. With the release, Combs reached No. 1 on Rolling Stone’s Top 200 Albums chart, Top 100 Songs chart and Artists 500 chart—the first country artist ever to lead all three charts in the same week and first to top the Artists 500.

Combs also recently made history as the first artist ever to have their first two studio albums spend 25 weeks or more at No. 1 on Billboard’s Top Country Albums chart—breaking Taylor Swift’s previously held record at 24 weeks. The achievement comes as What You See Is What You Get topped the chart for the 25th time last summer, while his 2017 debut, This One’s For You, has spent 50 non-consecutive weeks at No. 1—tying the record for the longest reign atop the chart with Shania Twain’s Come On Over in 1997. 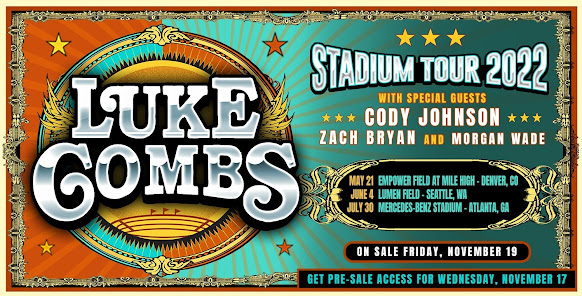