HELPING A HERO: COUNTRY STARS STEP UP FOR THOSE WHO STEPPED UP FOR US 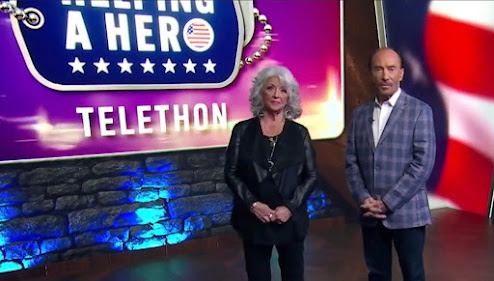 Last night, I watched a telethon. I haven't watched a telethon in years and when I say years, I mean "Jerry Lewis Easter Seals" years. I was told by a publicist about the "Helping A Hero" telethon that was being televised on RFD-TV on December 27 and hosted by Lee Greenwood and Paula Deen. When I saw where this money was going and who was stepping in to be a part of this salute, I knew I would tuned in. I am so glad I did. It opened my eyes to a much larger picture than the one I'd been paying attention to.

"Helping a Hero" is a non-profit organization that provides specially adapted homes for severely wounded Global War on Terror veterans. Honestly, I have never really considered the challenges these heroes face living in their own homes after being injured. I think most of us tend to think they'll have medical home care, but we rarely probably think of what they need just to function and get around at home. Lee Greenwood mentioned a particular case of someone being burned needing a special kind of heating and air system because they no longer have sweat glands. I've never thought of that and when he said that, I wondered how many other things I had been blind to without these kinds of organizations. It can range from something such as an entire home remodel with wheelchair ramps, lowered drawers, cabinets and countertops, roll under access, carpet free floors, roll in showers, therapy tubs and automated doors to something as simple as a special kind of doorbell. Their needs are something we take for granted every day.  It's a sad thing to think how many of these wonderful people who gave everything are now in situations where they are unable to live a life as close to normal as possible or even worse, they are homeless on the streets. That's not acceptable.

Last night again proved to me why I choose to support the country music genre, because these people are always at the ready to do what is necessary to help when they're called. I sat and thought about it and can't think of another genre that answers the call as regularly and genuinely as country music does. From flood relief, to hurricane relief, to St. Judes Children's Hospital, to our military ... the list continuously rolls on. It makes me proud to stand with a genre who stands for something other than just ticket sales and chart numbers.

The performers on this show were all familiar faces when it comes to giving back and they're never ones to turn down the chance to help someone in need. Last night was no different, they stepped up and participated as a family in one of the best nights of music I've heard in a long time. The performances were filmed at the Von Braun Center in Huntsville, AL in October as part of the All Star Salute to Lee Greenwood for his years of contribution to not only country music but to those who stand up for America.

Below are the performances shown on last night's telethon: 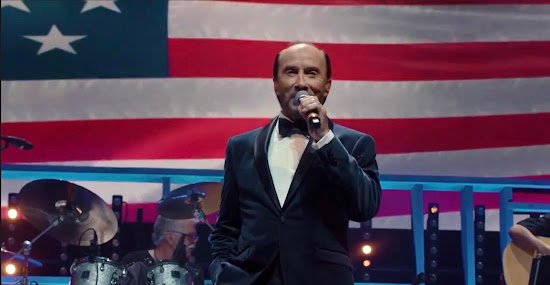 Lee Greenwood  - Lee opened the show with an emotional rendition of "God Bless the USA". What can you say about this man and this song? You can't think Lee Greenwood and not immediately think gratitude. I could type all day and still not say the words that need to be said so I'll just go with with 2 small words with huge meaning, thank you. 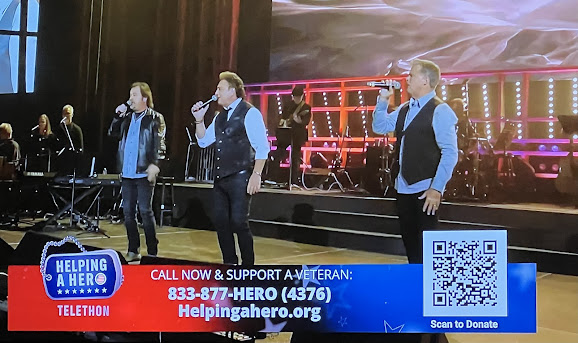 The Frontmen - How can you go wrong with 3 of the most iconic voices of 90's country? You can't. I love that Tim Rushlow (Little Texas), Richie McDonald (Lonestar) and Larry Stewart (Restless Heart) decided to come together as a group and keep the good music going. They sang a medley of "Why Does It Have to Be Wrong or Right", I'm Already There" and "God Blessed Texas" ... well, God definitely blessed the Frontmen. 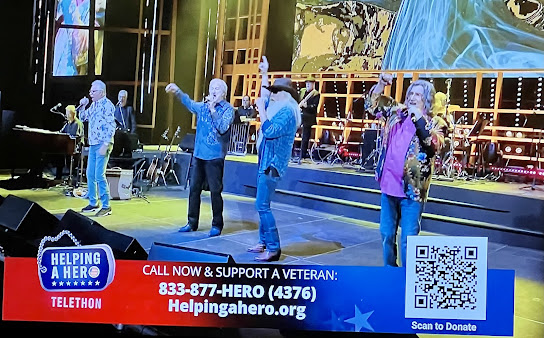 The Oak Ridge Boys performed their MEGA hit "Elvira" ... it's a proven fact that everyone needs some oom papa mow mow in their lives. This was my favorite when I got the "Fancy Free" album for Christmas in 1981 and it's my favorite now. I will oom papa mow mow at stoplights, in the grocery store, wherever this song comes on. These four men are four of the biggest, most giving hearts in the music industry. They are not just legends, they are treasures. 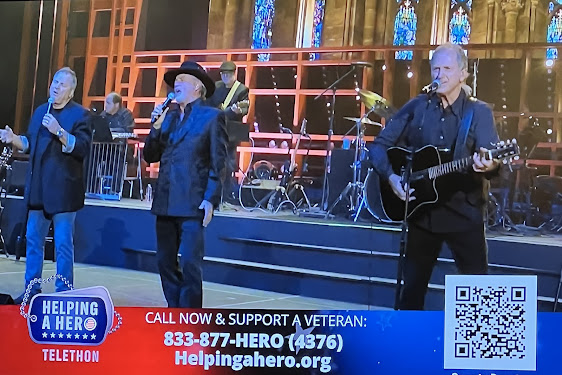 The Gatlin Brothers performed one of my favorites, well probably everybody's favorite, "All the Gold in California" and I think I smiled the entire time I was singing along very off key. I sang it in my dang head all night. I love these dudes! Those voices are still just as good as the first time I heard them. 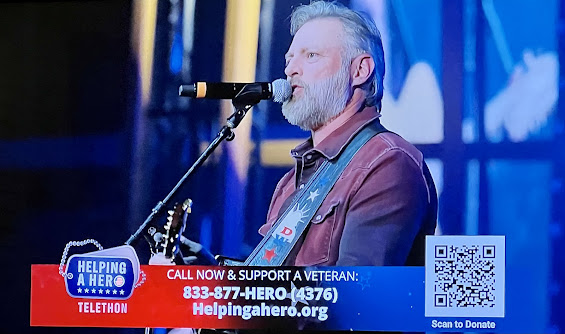 Darryl Worley performed his emotional remembrance of September 11, "Have You Forgotten" and made me cry, dang it. What a great performance straight from the heart by just a man and his guitar. Darryl is always one of the first to lend his heart to anything involving giving back to those who gave it all. 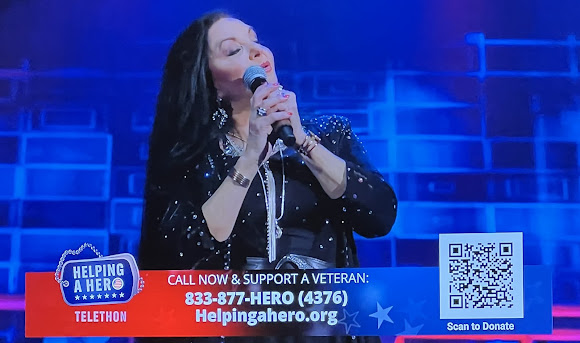 Crystal Gayle hit me in the gut with "Don't It Make My Brown Eyes Blue". This was one of my daddy's favorite songs when I was growing up and we'd sing it in the car. It was like being back in that red Pontiac Grandville all over again. 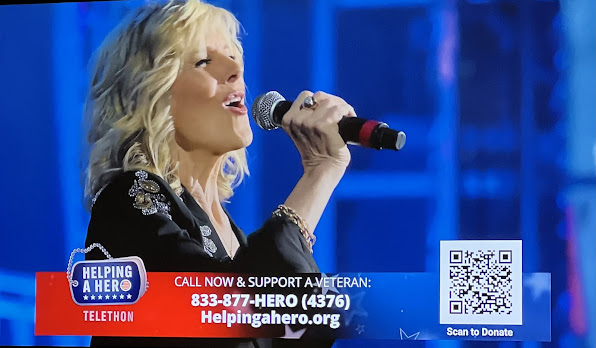 Debby Boone took me back to the best time of my life with her hit "You Light Up My Life." I was growing up in the 70's and would sit by my record player, singing this song and then picking up the needle and putting it back down to start over again ... over and over. I still listen to this song regularly now. It always takes me to a good place. 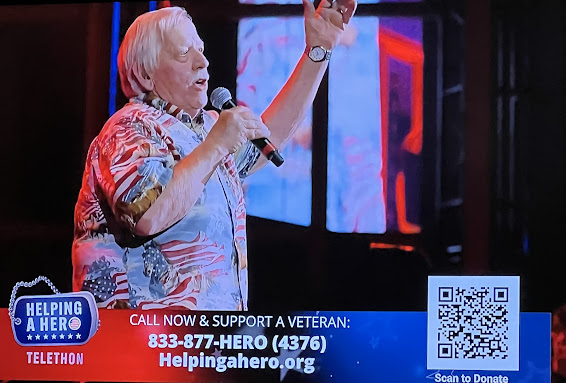 John Conlee performed "They Also Serve", one I'd never heard before and it really left a mark. I immediately added it to my music collection. I admit, I was somewhat misty. 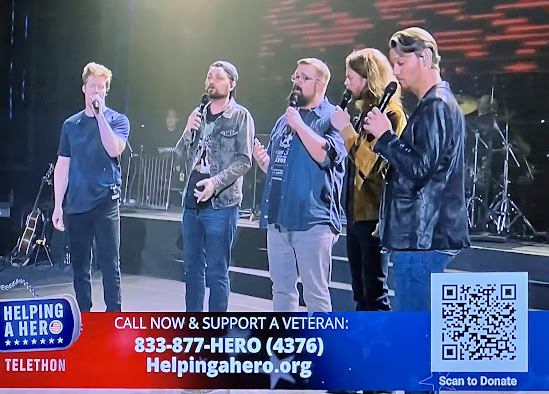 Home Free - I have been a fan of this group since they were on  "The Sing Off". These guys floor me every time they open their mouths whether it be together or individually. They performed their acapella version of "My Country Tis of Thee" and it was phenomenal. Again, there was a bit of eye mist. 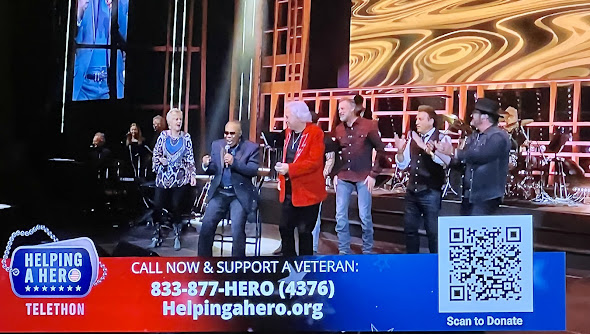 And to close the show, there was a special finale jam of "Soul Man" by the original jam master himself, Sam Moore, and the amazing T. Graham Brown with special guests Janie Fricke, Michael Ray, Lee Brice, Tim Rushlow and Darryl Worley. It just capped off the perfect night of freedom and music.
Thank you to RFD-TV, the Cowboy Channel and OAN for airing this telethon and thank you to all who came together to make it happen. Please consider donating to this wonderful cause. They deserve our respect, love and assistance. Go to https://helpingahero.org for information on how you can help or donate.
In case you missed the airing of the telethon, you can still watch it here.
Posted by LovinLyrics at 12:15 PM