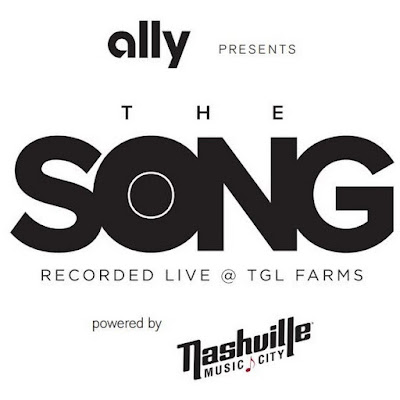 THE SONG – Recorded Live @ TGL Farms nationally syndicated television show launched in January 2020, and the star power, production and unique programming of the first two seasons made it must-see tv for music fans coast to coast. Production on Season III is complete, and the fast-paced show featuring intimate performances from some of music’s greatest stars and the iconic songs that launched and propelled their careers will premiere nationwide on January 8, 2022.

“We’ve been amazed week after week how viewers are connecting with these artists and their songs in this unique presentation,” said the show’s creator and Executive Producer Marc Oswald. “This new season is incredibly diverse and we can’t wait to kick off the new year with these legendary artists performing truly remarkable songs.”

Season III is hosted by Krista Marie and includes a combination of episodes produced at various locations in Music City and on the road. THE SONG crew traveled to a private estate in Sherman, CT to film two episodes with Rob Thomas. Kenny Loggins and Sarah McLachlan were both lensed in California, Loggins at The Alcazar Theatre in Carpinteria and McLachlan at Hotel del Coronado. Collective Soul’s episode was shot at Atlanta’s Buckhead Theatre, and Brian McKnight’s episode was captured across town at Terminal West. Gary Allan and Amy Grant’s episodes were shot at Nashville’s Analog at Hutton Hotel and Blackbird Studio, respectively, and Melissa Etheridge performed at the show’s home base, TGL Farms near Nashville Tennessee. To top it all off, the Styx episode was shot following the band’s performance at the beautiful new Hard Rock Casino in Cincinnati, Ohio.

“This is a massive undertaking, but we’re excited to continue to grow and develop this show,” said the show’s Executive Producer Cary Glotzer, CEO and Chief Content Officer of Tupelo Honey, a Gray Television Company.

Season I was filmed exclusively at TGL Farms and kicked off with such iconic stars as All-4-One, Big & Rich, CeeLo Green, Don McLean, Rick Springfield, Rome Ramirez featuring Dirty Heads, Travis Tritt, and Gretchen Wilson. Season II of THE SONG traveled coast to coast to visit Jason Mraz at the Mraz Family Farm, Pat Monahan and Train at Concannon Vineyard in Northern California, Jewel in the Colorado Rockies high above Telluride, Richard Marx on the beautiful cliffs of Malibu, Clint Black at Analog at Hutton Hotel Nashville and the Marleys at the world famous Seminole Hard Rock Hotel & Casino in Hollywood, Fla. Shooting wrapped where it all began, with Gavin DeGraw at TGL Farms outside Nashville, Tennessee.

The show is presented by Ally and brought to you by partnerships with Harley-Davidson, Hard Rock Hotels and Casinos, and powered by KICKER Performance Audio.

Earlier this year, THE SONG announced an exclusive partnership with Time Life to release live performances recorded exclusively for the show. Many of the songs recorded for Season I of the show are currently available via Time Life on all major streaming platforms. The two companies are also working closely to develop enhanced content for THE SONG’s YouTube channel, including previously unreleased footage.