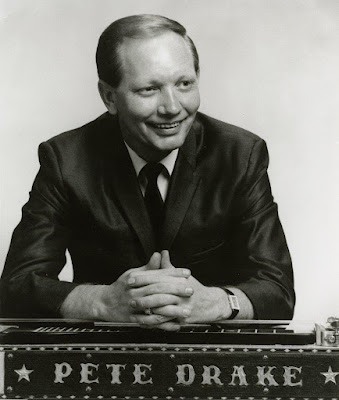 Pete Drake will make history as the first steel guitarist to be inducted into the Country Music Hall of Fame. Drake, who was once featured on 59 of the 75 songs on Billboard’s Top Country Hits chart, also enjoyed success as a producer, publisher, record label founder and recording artist. He will be inducted, in the Recording and/or Touring Musician category, alongside additional honorees Ray Charles, The Judds and Eddie Bayers on May 1. Drake is a member of the Atlanta Music Hall of Fame, Georgia Music Hall of Fame, Musicians Hall of Fame and Steel Guitar Hall of Fame.

Dolly Parton recalls Pete as “a great musician and a wonderful human being. He really could make that guitar talk. He invented and created some steel guitar sounds that had never been heard before.”

Brenda Lee: “I am so happy Pete will receive his rightful place in the Country Music Hall of Fame. He was a genius on the steel guitar and a true gentleman. For those of us who knew and loved him, his presence will always be felt, personally and throughout the entertainment world.”

Ray Stevens: "I played on more sessions with Pete Drake than I can count. He was a real Nashville Cat and one of the original A-Team members. I'm so glad to see he is being inducted into the Hall.”

Joe Chambers, Co-Founder, Musicians Hall of Fame & Museum: “Pete was the first musician I thought of when I started to build the MHOF&M. I could think of no one else that defined “studio musician” better. He knew when to play, what to play and just as importantly … when not to play. He crossed most every genre of music - George Harrison to George Jones, Tammy Wynette to Bob Dylan.”

Drake’s creativity was boundless. In addition to the countless Country hits for which he is known, he pioneered the use of the steel guitar in Rock and Pop, performing on recordings by Buddy Holly, The Everly Brothers, Carl Perkins, Elvis, Perry Como, Neil Young and Joan Baez. He also played on Bob Dylan’s JOHN WESLEY HARDING, NASHVILLE SKYLINE and SELF PORTRAIT albums and on George Harrison's, ALL THINGS MUST PASS. During the Harrison sessions, Drake met Peter Frampton, who recalls their introduction at Abbey Road Studios. “We instantly hit it off. I was in awe of his playing … I’ll never forget when he set up his talk box and the pedal steel started singing to us all. Pete was a lovely man and a wonderful player. I miss him always.” 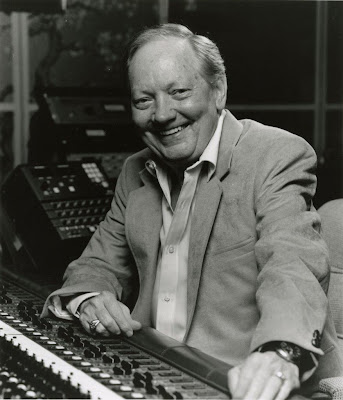 “We recorded ‘Heaven Bound’ over 45 years ago with Pete producing, and we still do it in our show. I loved working with Pete. He was a wonderful man.”
- Duane Allen, The Oak Ridge Boys
“Pete produced and played on my first solo #1, “No Charge,” back in 1974. We continued to record together for six years. Pete had a great personality, was easy to work with and always got the best out of me in the studio.”
- Melba Montgomery
In addition to steady session work in the early 1960s, Pete partnered with Tommy Hill, Jerry Shook, Ralph Davis, Jack Drake, and Ralph Emery to form Window Music Publishing and Tomake Music. The first writers he signed were Ed Bruce and Bill and Dottie West. Success came in Window Music’s first year when “Is This Me,” (Jim Reeves), written by Bill and Dottie West, became the company’s first #1 record. Additional hits included “Just Get Up and Close the Door” (Johnny Rodriquez), “Would You Lay With Me In A Field of Stone” (Tanya Tucker) “Every Time Two Fools Collide” (Kenny Rogers and Dottie West) and “If Drinkin' Don't Kill Me” (George Jones). Pete is credited with helping to develop the writing careers of David Allan Coe, Frank Dycus, Rory Bourke, Linda Hargrove, Jeff Tweel, Sonny Throckmorton, Pam Rose, Mary Ann Kennedy, Rick Beresford and many more.

By the late 1960s, Pete was booked on three sessions a day and was producing several acts. He formed First Generation Records in the mid-70s and signed Ernest Tubb. The boutique label released numerous projects by Grand Ole Opry stars and is still active today. Pete’s contributions to publishing continue to grow as his widow, Rose Drake, tirelessly works a large catalogue that includes undiscovered gems by Dottie West, Ed Bruce, Bourke, Hargrove, Tweel, Rose, Kennedy and Beresford. “We worked together 24/7 for over 22 years,” Rose reflects. “We lived and breathed the music business, and I’m honored to keep carrying that torch.”

A true impresario, Pete also enjoyed success as a solo recording artist, with albums released on Starday, Smash (a division of Mercury) and Word Records. It was here that he made famous the “talking steel guitar” technique that became one of his many signature sounds.

On May 1, the Country Music Hall of Fame will honor Pete as he makes history as the first steel guitarist inducted. Reflections include:

“Pete could make his guitar bleed anytime anywhere.”
-  Paul Franklin, renowned steel player
“He was a master.”
- Lloyd Green, renowned steel player
“Pete had that quality that many studio musicians search for – the ‘no doubt who it is’ sound. When he played on a huge hit, his steel became a part of the record. Something all of us studio musicians strive to achieve – and he made it seem effortless.”
-  Charlie McCoy (multi-instrumentalist, recording artist)
“His Integrity, Sincerity, Faithfulness, Loyalty, Talent and Willingness to Share and Serve is not to be excelled.”
- Ray Walker, The Jordanaires
Learn more about Pete at http://www.petedrake.net/. For additional anecdotes, click HERE.