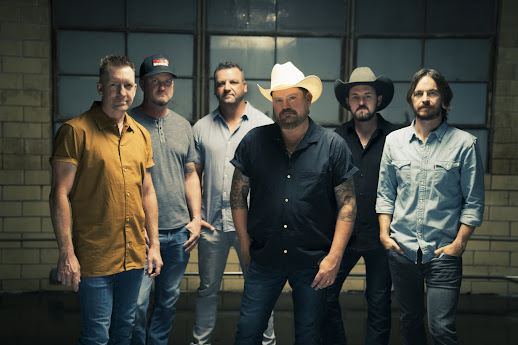 Getting ready to celebrate 20 years together, the Randy Rogers Band is marking milestones this month in more ways than one, with the Texas Country group set for multiple notable events in April celebrating their love for the Lone Star State.
First up is the 2022 Texas Cavaliers River Parade, where Randy Rogers will serve as the Honorary Grand Marshal. The annual event will take place on April 4, and this year’s theme is “Texas Alfresco,” or “Texas Outdoors," which will be on display via the floats and decorations. The Texas Cavaliers River Parade supports local children's charities and sees around 250,000 people attend the event each year.
At the end of the month, Randy Rogers Band will join fellow Texans George Strait and Willie Nelson for two shows at the Moody Center in Austin, Texas on April 29 and 30. The pair of shows are part of a grand opening celebration for the new arena, which is located at the University of Texas and saw a second concert added due to incredible demand. Tickets are still available for both nights and can be purchased here.
Randy Rogers Band’s notable month is coming off the release of their latest single, “Picture Frames,” which arrived in October. The "timeless song of enduring love," (Billboard) written by Rogers with Drew Kennedy and produced by hit Country songwriter and artist Radney Foster, is the first listen to Randy Rogers Band’s upcoming ninth studio album, which will arrive later this year.