DRIVEN BY FAN DEMAND, RANDY TRAVIS' “MORE LIFE” DOCUMENTARY TO BE PREMIERED ON YOUTUBE IN 7-PART SERIES AND AVAILABLE ON iTUNES 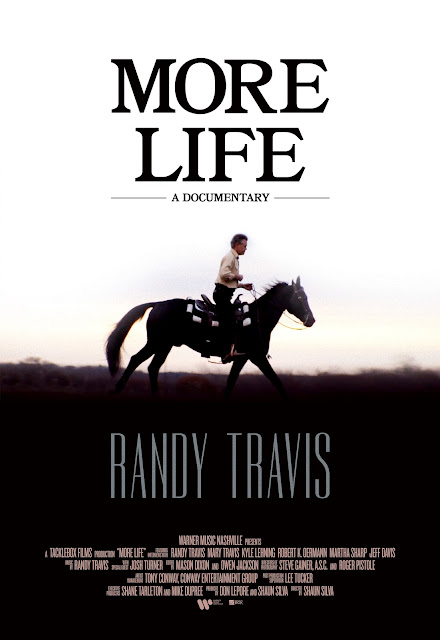 Randy Travis' "More Life" documentary was so highly praised when it premiered on Circle Network that the fans demanded more ways to view it. Travis, Warner Music Nashville and YouTube have teamed up to bring the critically acclaimed film to the platform in a seven-part series beginning today and rolling out every two weeks until July 7. Be sure to subscribe to the Country Music Hall of Famer’s YouTube channel to catch every episode. Additionally, the full documentary is now available for purchase on iTunes. Both links here: https://wmna.sh/morelife.

"More Life" started as an intimate concert special in 2011 to honor the 25th anniversary of Randy Travis’ iconic album Storms of Life. However, many didn't know how important this documentary would become. As the film was being finalized in 2013, Randy unexpectedly became ill and suffered a massive stroke, making him unable to perform and severely limiting his speech due to aphasia. The film touches on his storied career, envelopes the final professionally filmed live performance from the man and inspires with his story of healing, redemption and faith. It was directed and produced by Shaun Silva and Tacklebox Films with WMN’s Shane Tarleton and Mike Dupree serving as executive producers.

Posted by LovinLyrics at 3:24 PM