PORTER HOWELL RELEASES SINGLE AND VIDEO FOR UPCOMING SIDE PROJECT, "THIS TOWN WAS"

Billboard.com calls title track “an ode to the ever-changing ways of Nashville” and Howell’s voice “a perfect foil” for the song’s nostalgic lyrics 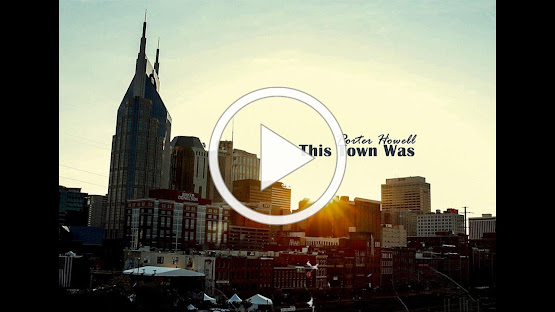 When the pandemic brought gigging to a halt, Little Texas founding member Porter Howell finally had a chance to reflect on 30 years in the business. And once he started writing down those thoughts, he realized he had a lot to say, and those words eventually turned into songs.

“I probably wrote 40 songs by myself in 2020 alone,” Howell acknowledges. “Initially I was saving them for other people,” he explains, either with a co-writer in mind to help finish them or for a particular artist to record. But with some encouragement from his longtime partner and family, Howell slowly started making demos, “and I came to realize there was a personal angle to this particular group of songs.” That particular group of songs became This Town Was, Howell’s first side project as a singer/songwriter. In a review for Billboard.com, Jessica Nicholson tabbed the title track “an ode to the ever-changing ways of Nashville” and Howell’s voice “a perfect foil” for the song’s nostalgic lyrics. The video and single have just been released ahead of the 10-track album. Anyone who knows Nashville’s history will be drawn to the authenticity of the heartfelt lyrics as Howell soulfully sings about how the town he grew up in professionally has changed so much.

“This song came from driving around Nashville and realizing it just doesn’t look—or feel—the same…it’s a different vibe” now that the city has become a major tourist attraction, Howell notes. “It’s like that sleepy fishing village that becomes everybody’s favorite vacation spot” and tends to lose its character in the process.

“This Town was/Two one-way streets where dreams could find a way to fly…If you look real close, you can almost see a vague outline…It’s where lonely voices dared to bare their hearts and souls/And if you listen close enough, you’ll hear the ghosts…

To the newbies, Howell advises, “I’m sure there’s a fire that still burns/In every hopeful waiting their turn/I can only hope they care to learn,” while cautioning the developers who “build and build until it’s hard to find/Where this town was.”

Howell has helped distinguish country music through his lyrics and trademark guitar work for more than three decades. As lead guitarist and songwriter of the multi-platinum, Grammy-nominated vocal band Little Texas, he developed a signature slide guitar style that defined the sound of a band that carved its niche by writing and performing its own music. For the past 15 years, Howell has added lead vocalist to his band duties.

Currently, Howell splits his time between the road and the writing room. Recognized among Nashville’s elite songwriters, he co-wrote several of Little Texas’ biggest hits, including “Kick a Little,” First Time for Everything,” “My Love,” “What Might Have Been” and “God Blessed Texas.” As a result, Howell received the CMA Triple Play Award, which honors country music’s greatest storytellers, for penning three No. 1 singles in a 12-month period. For more information, visit www.porterhowell.com and www.littletexasonline.com.

Posted by LovinLyrics at 3:33 PM