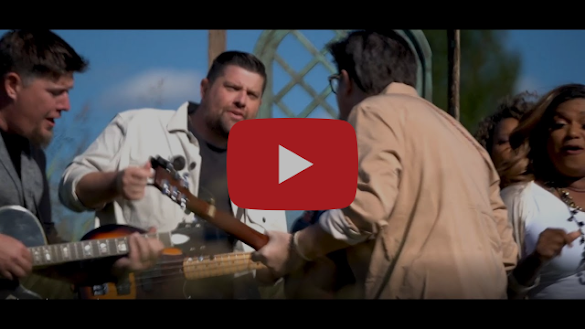 Country Trio Flat River Band has released a video featuring The McCrary Sisters, in support of their new radio single, “Shining Through My Window,” which charted in top three of the PlayMPE Christian Top 20 Streaming Chart on April 10. The trio of brothers, Chad, Andy and Dennijo Sitze, have a wealth of musical talent and experience, having played and toured with their family’s band since they were very young. “Shining Through My Window,” penned by Chad Sitze, has a cheerful theme, laden with the band’s stunning harmonies. The video, directed by Mark Nicolosi is available on YouTube at https://youtu.be/bLkXa8oE4pc.

The tune is a follow-up to “I Just Wish You Were Someone I Love,” which debuted at #8 as the most-added song on the Billboard Indicator Chart for the week of January 4, 2022 and Top 5 Most Downloaded song on PlayMPE. Both singles are included on the five-song EP, Sights and Sounds.

As an added bonus, the single boasts a vocal appearance by The McCrary Sisters. “The brothers and I have always loved The McCrary Sisters,” Chad commented. “Their father was a founding member of the Fairfield Four who we used to listen to and learned songs from when we had our family band. It only made sense to reach out to them and pitch the idea about singing with us. Luckily, they also said yes!”

“To be able to do this song and video with Flat River Band was nothing short of awesome! We had a wonderful time sharing the day with them and shooting the video. It was a true blessing,” stated The McCrary Sisters. “We are so happy, honored and proud to be a part of this project and share in this song with our brothers in music.”

“Sun is shining through my window
Everything seems to be OK
I got myself a good loving woman
She makes those dark clouds go away
Why does everyone wear sad faces
From where I stand it’s doom and gloom
I thank God I’ve got my baby
Or I’d be feeling the way they do…”
“The McCrarys came in the studio and laid down these angelic voices that could only be replicated from Heaven,” shared Dennijo of Flat River Band.

Growing up, the Flat River Band brothers' grandpa would always tell them about listening to the Friday night Opry and hearing the Legendary Hank Snow’s son, Jimmie Snow, close out the Grand Ole Opry with his own show called Grand Ole Gospel Time, which he hosted for 25 years. Jimmie also owned a video production company outside of Nashville where they had done several videos during the family band days at his studio. It was an honor to have Brother Jimmie Snow to play the role of himself, “a preacher,” in the video for “Shining Through My Window.”

Sights and Sounds is available on the band website as well as all digital music platforms at sightsandsounds.