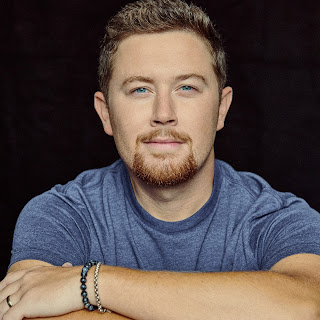 Just a reminder that Scotty McCreery will be reuniting with Lauren Alaina for a special duet performance on the 20th Anniversary Reunion episode of “American Idol,” which airs this Monday, May 2 on ABC at 8 PM ET (7 PM CT).

McCreery and Alaina are the headliners of the episode and they deliver the final performance of the night. Other past participants who returned for this episode for duet performances include: Ruben Studdard and Jordin Sparks; Kris Allen and David Cook; Grace Kinstler and Willie Spence; Laine Hardy and Lacy Kaye Booth and Maddie Poppe and Caleb Lee Hutchinson.

McCreery currently has the fastest rising single of his career with “Damn Strait,” which is #19 on Mediabase and #21 on Billboard this week. Written by Trent Tomlinson and Jim Collins, the song can be found on McCreery’s album Same Truck and follows his four consecutive No.1 hits “Five More Minutes,” “This is It,” “In Between,” and “You Time.” After a sell-out tour in Germany and the Netherlands in March following his performances at C2C Festival in the UK and Ireland, McCreery has been on the road in the U.S. this spring including a much-talked about performance at the Tortuga Music Festival in Ft. Lauderdale, FL earlier this month. The Triple Tigers recording artist will perform at the iHeart Country Music Festival in Austin, TX next week (May 7), and will perform at both the CMA Music Festival in Nashville and the Pepsi Gulf Jam in Panama City Beach, FL this June.
Posted by LovinLyrics at 11:52 AM