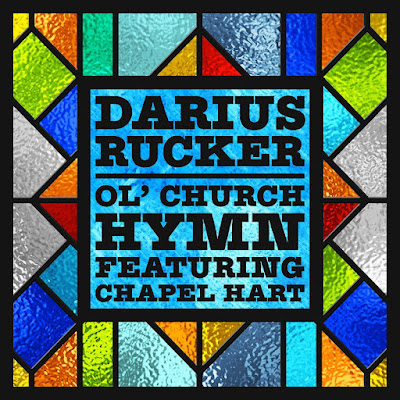 LISTEN HERE
Multi-Platinum star and three-time GRAMMY Award winner Darius Rucker continues to reveal new music with today’s release of redemptive ballad “Ol’ Church Hymn” featuring rising trio Chapel Hart. The song comes on the heels of another collaboration from Rucker and the group, who joined forces for a performance of Bonnie Raitt’s “Something to Talk About” during the “America’s Got Talent” season finale earlier this month on NBC. Watch the electrifying performance HERE

Written by Rucker together with Ben Hayslip, Josh Miller and Greylan James, the gospel-inspired love song features Rucker’s rich baritone vocals, praised by Billboard as “one of the most distinctive voices of country’s modern era,” joined by the three-part harmony of Chapel Hart to profess a born-again love in the joyful chorus:

The new duet follows recent releases “My Masterpiece” and “Same Beer Different Problem” as Rucker crafts his forthcoming solo project. Fans can also see Rucker perform new music live as he brings the inaugural Riverfront Revival festival to his hometown of Charleston, S.C. on Oct. 8 and 9, with Jimmie Allen, Brothers Osborne, Charley Crockett, SUSTO and more joining him on the lineup. Limited tickets remain available for purchase at RiverfrontRevival.com.

With the NFL season underway, Rucker also continues to blend his passion for music and sports, returning for a second year of the NFL x Darius Rucker Collection by Fanatics, expanding from 22 to 27 items due to popular demand. The 2022 collection includes something for every fan, including t-shirts and outerwear, shorts and pants and more. Fans can shop the new line today at Fanatics.com and NFLShop.com.

For more information on upcoming shows and new music, visit DariusRucker.com and follow on social media @DariusRucker.
Posted by LovinLyrics at 12:25 PM