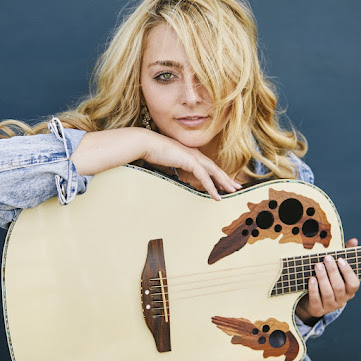 Photo Credit: Easton Schirra
“It’s only been five months since HunterGirl ended her journey on American Idol, where she finished in second place, but she’s already making big moves in her Country music career” (Hollywood Life), as 19 Recordings/BMG today announces the signing of the powerhouse singer-songwriter.
Catapulted to fame on this year’s American Idol, the “Country singer with a bright future” (Hollywood Life) delivered star-making performances that Taste of Country called “impressive,” “shining,” “chill-worthy,” and “glowing,” winning her the hearts of millions across the country and enthusiastic praise from Idol judge and Country superstar Luke Bryan, who applauded her as the “new age Miranda Lambert” and his “favorite female Country voice.”

Up next – the budding Country star will release her first new music since wrapping the show with her label debut track – “Hometown Out Of Me” – on Friday, October 21. Written by HunterGirl with Laura Veltz and producer Jimmy Robbins, the deeply personal song is a thank-you letter to her hometown of Winchester, Tennessee. Pre-save/pre-add HERE.

Currently hustling out on the road, most recently with Justin Moore and Tracey Lawrence, HunterGirl will also kick-off her co-headlining tour with this year’s American Idol winner Noah Thompson on Thursday, October 27 in Columbus, Ohio.

“Despite missing out on the win, her crooning vocals and intimate original song, ‘Red Bird,’ has made her one to watch in the Country scene (American Songwriter). Skyrocketing to No. 1 on iTunes All-Genre and Country charts, “the budding Country star” (Taste of Country) performed her heartfelt and deeply personal original track “Red Bird” on Live with Kelly & Ryan and has appeared on Good Morning America.

Now, with a just-inked record deal and the release of her label debut song “Hometown Out Of Me,” driven by her distinct and genuine vocals, unwavering tenacity and heart of gold, HunterGirl is “settling in for what will be much longer than fifteen minutes of fame.” (Chattanooga City Lifestyle Magazine).