Trio also set to debut new track “Welcome to Fist City,” an homage to the late

Loretta Lynn, during Opry at The Ryman this Saturday ahead of 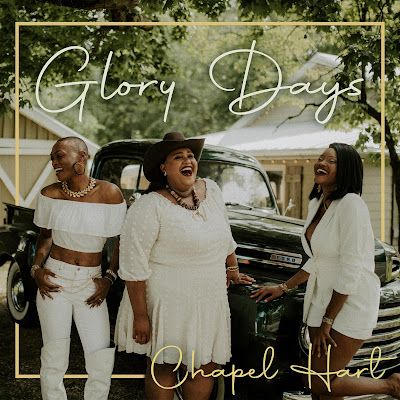 Country music trio Chapel Hart won the hearts of America as they burst onto the scene in 2022. Sisters Danica and Devynn Hart and first cousin Trea Swindle are excited to release brand new music tomorrow to start 2023 off right, with “Glory Days” dropping January 20th on all streaming platforms. The lyric video for the song, penned by the trio along with Jim Beavers, is available exclusively via Holler today. Pre-add/pre-save "Glory Days" at https://lnk.to/CHGloryDays.

“This single is so exciting for us because we are currently living in our ‘Glory Days!’” exclaim the ladies. “The beauty of it all is that there are some folks who've been where we are, there are some who are in it with us, and there are some who haven’t made it there yet, but the song ‘Glory Days’ allows us to ALL join in, sing along & celebrate them together! It’s an instant jump in the car and go for a ride anthem!!!!”

The group will no doubt make their hometown of Poplarville, Mississippi proud on Saturday, January 21, as they step out on the hallowed stage for an Opry at The Ryman performance and the live debut of another new song, “Welcome to Fist City,” an homage to the late Loretta Lynn. Tickets are available now at Opry.com. Chapel Hart will travel from Music City to Wichita to kick of their first nationwide headlining tour. “The Glory Days Tour” spanning coast to coast with sixty shows and counting starts January 26th with tickets available now at ChapelHart.com.

After being named to CMT’s Next Women of Country Class of 2021, Chapel Hart exploded on the country music scene with their “Group Golden Buzzer” performance of original song “You Can Have Him, Jolene” on America’s Got Talent in 2022. Following their run as Top 5 finalists on AGT, the group made their debut at the Grand Ole Opry where they received four standing ovations. They’ve landed on many “Ones To Watch” lists in the new year including being named Music Row’s “Next Big Thing” and CMT’s Listen UP class of 2023 roster.