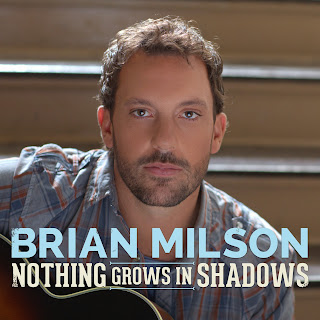 Nashville, Tenn. (September 25, 2013) – Brian Milson is one of country's brightest young stars--and he is a man on a mission. As part of that mission, Brian will be premiering his new anti-bullying music video “Nothing Grows In Shadows,” starting today with Country Weekly magazine (http://www.countryweekly.com/music/nothing-grows-shadows-and-its-anti-bullying-message). In addition, Brian will head to New York City on October 26th to perform on Fox News Channel’s HUCKABEE.

Brian, who has ridden an electric stage presence and an enviable road apprenticeship into the national spotlight, is well aware of country music's affiliation with good causes. Few artists, though, ever embrace one so early and so effectively.

Brian's breakthrough single, "Nothing Grows In Shadows," not only establishes him as a singer to be reckoned with, it makes a powerful and compelling statement about a genuine societal plague--bullying.

"I was bullied as a kid," says the Odessa, TX-born singer, "and I'm afraid I did a little of it myself, so this song means a great deal to me. The statistics are just horrendous--one out of four kids is bullied. On any given day, kids just stay home out of a fear of bullying. And 85 percent of the time, there's no intervention. This is a song that addresses that."

"Nothing Grows in Shadows" tackles the subject head-on, challenging those who perpetuate it and offering support to those who fall victim, before wrapping it up in a verse that makes the subject spine-tinglingly personal.

As in the best songs, though, it is effective because of Brian's delivery. His is an honest, straightforward style perfectly suited to the dramatic storyline and the admonition that it's up to all of us to make a difference. The song is a stirring blend of craft and emotion, displaying the kind of vocal power and integrity that mark all of Brian's work.

"Nothing Grows in Shadows" is the public's first taste of an album Brian cut in Nashville with one of the all-time great producers, James Stroud (Toby Keith, Willie Nelson, Tim McGraw, Chris Young).

“Brian can just flat out sing,” says Stroud, with an air of authority on the topic. “There’s a power and a depth to his voice that’s extremely rare and just draws you in to these songs.”

Now, with the release of "Nothing Grows In Shadows," all that education and experience has come together. For the young man from Odessa, the journey is just beginning.

Posted by LovinLyrics at 7:41 PM