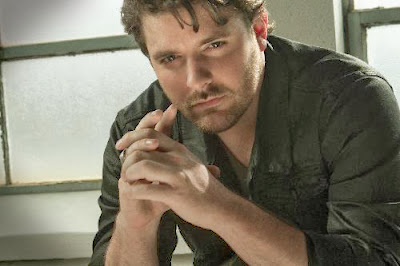 With only two months until Jay Leno wraps his tenure on the Tonight Show, RCA Recording artist Chris Young is thrilled to be making a return appearance to the celebrated stage to deliver his latest hit, the Gold certified first single, “Aw Naw.” Fans can tune in to the Tonight Show (NBC) December 12 at 11:35pm/10:35pm central to catch Chris Young’s performance. While the year is wrapping up, Young isn’t showing any signs of slowing down. That same week, Chris will appear December 10 on the American Country Awards (FOX) as a presenter.

Fans near and far can catch Chris on tour performing songs from his critically acclaimed new album, A.M. He will kick off 2014 on Brad Paisley's Beat This Winter Tour and play several shows on George Strait's final Cowboy Rides Away Tour. Young is also planning several European shows with stops in London, England, Dublin, Ireland, Stavanger and Oslo, Norway and Gothenburg and Stockholm, Sweden in the new year.

Posted by LovinLyrics at 1:58 PM