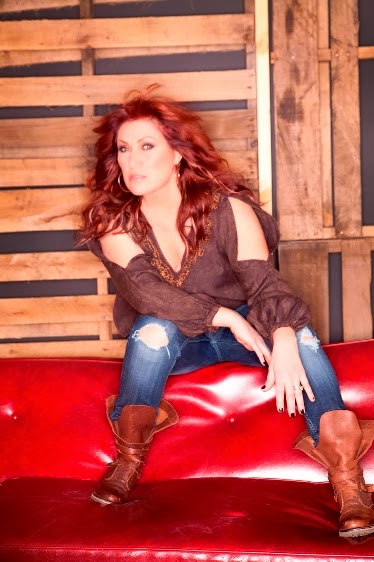 JO DEE MESSINA fans will soon get what they’ve been clamoring for as the multi-platinum, award-winning country singer/songwriter has just announced that her new full-length album will be released Tuesday, March 18. With its title ME chosen by fans, the album marks Jo Dee's’s most personal album to date as she wrote or co-wrote many of the songs and will release it on her own newly established label, Dreambound Records, with distribution by eOne Music. For the first time in her career, Jo Dee is able to boldly do things her own way and pave her own path to success.

Spring 2013 found the fiercely independent, outspoken, and driven artist free from a long-term record deal. Jo Dee became free to make the album she wanted, so the forward-thinking country star took to the crowd-funding website Kickstarter.com to create a new full-length album for her fans, with her fans. The “My time. Our music.” campaign allowed her backers to be involved with every step that goes into creating and recording the album, and opportunities to be rewarded with exclusive content and one-of-a-kind opportunities.

Throughout the process, her fans helped Jo Dee surpass her $100,000 goal, making her Kickstarter.com campaign the most successful one to come out of Nashville and at the time of completion, the 15th largest funded music campaign in Kickstarter history. The fans were given a voice. Via Facebook, Twitter, YouTube and Stage-It, her fans selected which songs would be included on the album, submitted artwork for her label logo, selected the album title ME and chose the album’s first single “Peace Sign.” Check out a lyric video for the song here: http://youtu.be/TqllF4aZkuo.

Following her departure from her record label, Jo Dee began reflecting and started putting pen to paper. The feisty song “Not Dead Yet” was born. “I had been listening to the naysayers around me and thought, ‘I have so much to offer now that I'm free of the restraints I had with my label.’ I then had a conversation with my friend and co-writer saying, ‘I have so much left to do, so much left to say. Goodness! I'm not dead yet!’ And that is how the song was born. It talks about how if I listened to the small thinkers and naysayers, I might as well throw in the towel. Music is my life, it's a part of who I am. I'm not ready to give up that part of my life. Hell, I'm just getting started!”
The wife and mother of two young sons road tested a few of the new tracks, and a crowd favorite at every show is “A Woman’s Rant.” “This song had many more verses,” laughs Messina. “It was written in a few minutes. My youngest baby wouldn't sleep longer than two hours. One night I was sick and could barely move so I tried to wake up my husband to get the baby, but I couldn't get him to budge. After feeding the baby, burping him, changing him, I was wide awake. That's when I went downstairs and wrote ‘A Woman’s Rant.’ It's literally a day in the life of me. Ha!” She performed the song on “The Today Show” this past summer: http://www.today.com/video/today/52082917.

Jo Dee has always maintained an honest and personal relationship with her fans. Me also allows the public to see and identify with her vulnerable side and insecurities. “The fans chose ME as the album title. I think it fits because this record explores many different sides of who I am. The song came about through a conversation with one of my co-writers, Kathie Baillie of Baillie & The Boys, who has a grown daughter. I was feeling the stress of trying to be everything to everyone and asked her how she did it. There is a part of me that thinks when I look in the mirror, I should see Wonder Woman. When I see me, it terrifies me. Can I really pull off all the things I have to be to so many? I don't know. We'll see. This song gives folks a peek at the vulnerable side of me which isn't shown that often.”

Overall, ME is a journey. It’s honest. It’s funny. It’s sad. It’s life. At this point in her life, she isn’t afraid. She’s a woman, a wife, a mother, a daughter, a sister, a friend and an incredibly gifted vocalist and songwriter who is thankful for all she’s accomplished and looking forward to all that awaits her.
“This album is truly for you, the people who appreciate the creative process, as well as my amazing fans,” exclaims Jo Dee. “There’s no question, I wouldn’t be where I am today without your love and support. You’ve been with me since the beginning. This album is a fresh start for me, and I want us to go on this exciting journey together.”