JOSH THOMPSON TO RELEASE "TURN IT UP" ON APRIL 1ST 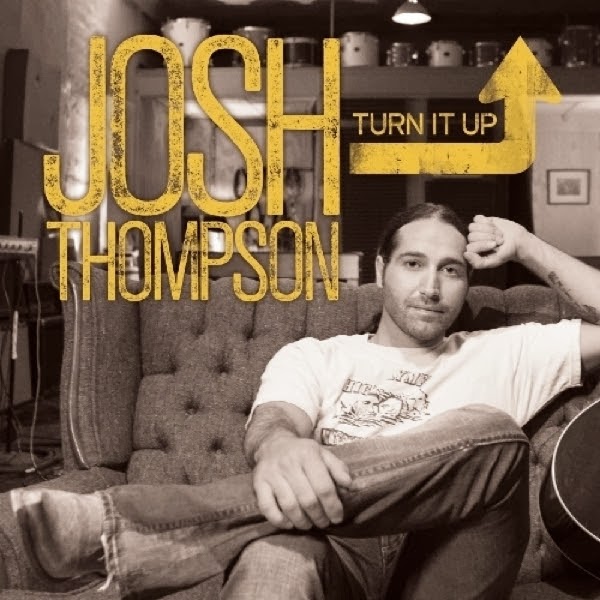 Fans were able to get the first glimpse of his album cover and track listing as Josh talked about the new music. Turn It Up is produced by Mark Wright and Cliff Audretech III, and features the lead single “Cold Beer With Your Name On It” as well as nine other brand-new tracks co-written by Thompson. Fans who missed the big announcement can re-watch it anytime here and check out Josh’s “Influences” playlist on Spotify here.

“There's a lot of excitement on my end surrounding this record,” says Thompson. “I can't wait to release new music, let fans see another piece of the many sides I have yet to show.  Add another dimension to the live show and gain some new believers along the way.  I'm pumped and can't wait for you all to hear it!”

Turn It Up follows his critically acclaimed 2010 debut Way Out Here, which spawned hits “Beer On The Table” and “Way Out Here.” The album’s lead single “Cold Beer With Your Name On It” is currently Top 30 and is earning rave reviews from Country radio:


“Once again, Josh connects with the working person without insulting their intelligence.  'Cold' formed an instant connection with the audience.  It's been top 5 M-Score all month long."
- Bob Walker, PD WCTK / Providence, RI

“This record has requested and researched since we started playing it.  This is a HIT.”
- Gregg Swedberg, PD KEEY & OM Clear Channel Minneapolis

Thompson, who plays 200-250 tour dates throughout the country each year, is currently on the Off The Beaten Path Tour with buddies Justin Moore and Randy Houser. For more information on Josh, be sure to visit www.joshthompsonofficial.com or follow him on twitter @TheJoshThompson.