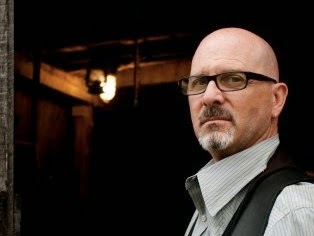 NASHVILLE, TENN— Attracted by their innovative new approach to the publishing business, hit  songwriter Billy Montana has added catalog with TweelX, a Nashville-based
company that acquires songs through digital publishing and co-publishing arrangements with labels and other publishers, and through its patent-pending platform, issues stock in these songs to accredited investors.

"TweelX provides the opportunity for investors to participate in one of the most exciting industries there is,” says the Grammy-nominated Montana. “At the same time, it gives songwriters and musicians a way to partner with people who appreciate their creative work and are willing to share in the potential for its growth and success. It's a win—win, and I'm excited to be a part of it."

Using the TweelX model, investors have the ability to buy stock in music and obtain a cut of song royalties.  By pairing a veteran music publishing operation with an online trading platform, TweelX has established a viable securities market in single songs, with a catalog including Grammy winning artists and songwriters as well as promising up-and-comers.

“TweelX is a great opportunity for serious artists to generate revenues in a business where it’s increasingly challenging to do so, whether for unrecorded songs or for songs that have experienced decreased royalty streams over the years,” Montana continues. “ In either case, it is great way to gain exposure for the songs and the artists and writers behind the songs.”

"Although Montana is not the first hit writer to work with TweelX, the partnership is significant because it shows our platform works for writers currently in major publishing deals," says Jeff Tweel,  TweelX President.  "This is the exactly the message we have been spreading since our relaunch.  Our model is a complement, not a disruption, to the way all publishers currently do business."

Montana has written #1 hits for Lee Brice (“Hard To Love,” 2012), Garth Brooks (“More Than A Memory,” 2007), Sara Evans (“Suds In The Bucket,” 2004) and Jo Dee Messina, whose version of Montana’s "Bring On The Rain" (2002) was nominated for awards by both the Recording Academy (Grammy) and the Country Music Association and reached Number 6 on the A/C chart. It appeared on the Country and A/C Charts for a combined total of 66 weeks! Among the other artists to record Montana’s songs include Kenny Chesney, Martina McBride, Tim McGraw, Jason Aldean, Garth Brooks, Lee Brice, David Nail, Pat Green, Jo Dee Messina, Sara Evans, Blake Shelton, Emmylou Harris, Vince Gill, Sister Hazel, Steve Holy, Kenny Rogers and Lee Ann Womack.

To learn more about Billy Montana CLICK HERE
Posted by LovinLyrics at 2:37 PM