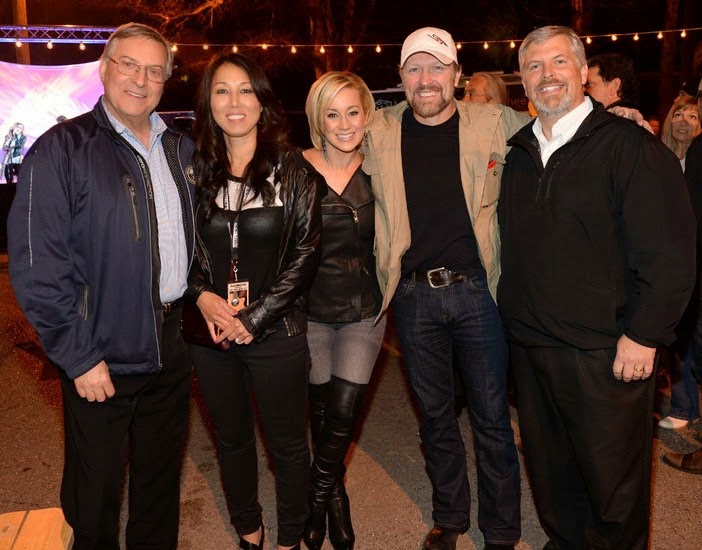 Black River Entertainment and its studios at Sound Stage set the stage for the event as the entire property was transformed to give attendees an authentic Nashville VIP experience. Upon entry in Sound Stage Studios, guests were greeted with catering from Edley's Bar-B-Que and Puckett's Grocery & Restaurant. Guest were then encouraged to venture upstairs to Black River Entertainment’s publishing wing and try their hand a being a recording artist by laying down a track in the writer’s studio. After guests made their rounds in Sound Stage, the next stop was Ronnie’s Place legendary recording studio were able to sample Tennessee Whiskey, in the Jack Daniel’s room.

The Sabres players and coaches in attendance are no strangers to country music. The team, in Nashville last week for a game with the Nashville Predators, last month hosted “UnPucked,” a night of music and hockey at First Niagara Center in Buffalo, NY. The charitable event, with all proceeds going to the Buffalo Sabres Foundation, featured a writers’ round with hit songwriters David Lee Murphy (singer/songwriter who has written multiple top 40 hits by artists such as Kenny Chesney, Jason Aldean and Jake Owen), Black River’s Doug Johnson (Love Like Crazy – Lee Brice), Tony Arata (The Dance – Garth Brooks) and Jim Peterik (Eye of the Tiger – Survivor). Sabres players also entertained the crowd as they joined Black River Entertainment’s John King on stage during his performance.
Posted by LovinLyrics at 2:39 PM