NATALIE STOVALL AND THE DRIVE PARTIES WITH 40,000 FANS OVER SPRING BREAK 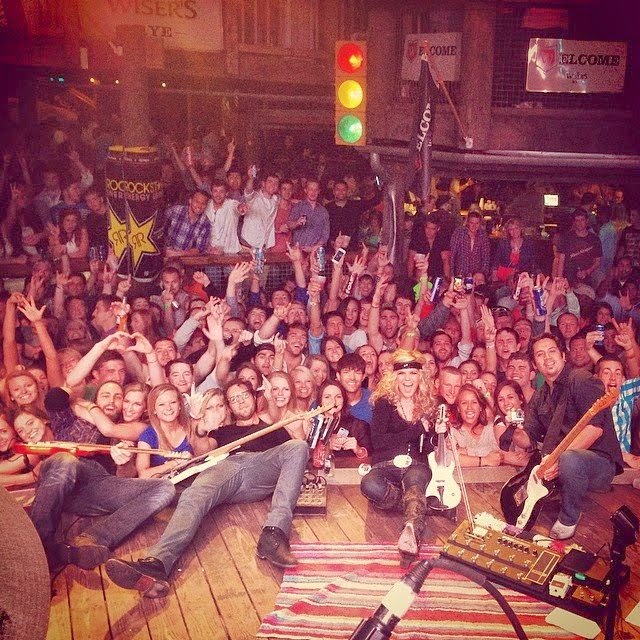 Nashville, TN…April 1, 2014… Natalie Stovall And The Drive knows how to throw a party!  The band, whose supercharged lead single, “Baby Come On With It,” is currently screaming up the charts, spent much of the last two weeks playing packed out Spring Break destination Panama City Beach, Florida.   The raucous college crowd at Spinnaker Beach Club clambered for more as the band wrapped eight nights of shows for 40,000 fans!  The party continues as they ramp up for a busy ACM week including the Party for a Cause Festival on Saturday, 4/5.

Natalie Stovall and The Drive’s debut single “Baby Come On With It,” written by Chris Destefano, Jerry Flowers, and Bobby Hamrick and produced by GRAMMY winner Paul Worley (The Band Perry, Dixie Chicks, Lady Antebellum), is from the highly anticipated debut album expected this fall. Recently named one of CMT’s Next Women of Country artists, the band and song are already earning rave reviews from fans and critics alike as Roughstock proclaims, “…undeniably one of the best new bands out there,” and Billboard calls “Feisty. Commanding. …The real deal.” Their up-tempo toe-tapper is available now at iTunes, with the official music video for the track, which debuted via CMT earlier this year.

Natalie Stovall and The Drive are relentless road warriors, amassing over 200 dates each year across college campuses, clubs, and military bases around the globe. Natalie, a Tennessee native, has been playing professionally since she was 10 and performed everywhere from the White House to the Oprah Winfrey Show. A fiddle phenom, she made her Grand Ole Opry debut at the age of 12. Natalie Stovall and The Drive is led by multi-instrumentalist and powerhouse vocalist, Natalie Stovall. The Drive includes drummer James Bavendam from Seattle, Chile’s Miguel Cancino on guitar, Zach Morse from Cheyenne, Wyoming on bass and vocals and Redding, California guitarist and vocalist Joel Dormer.

For more information, visit www.nataliestovall.com and engage with the band on Facebook and Twitter.
Posted by LovinLyrics at 2:34 PM