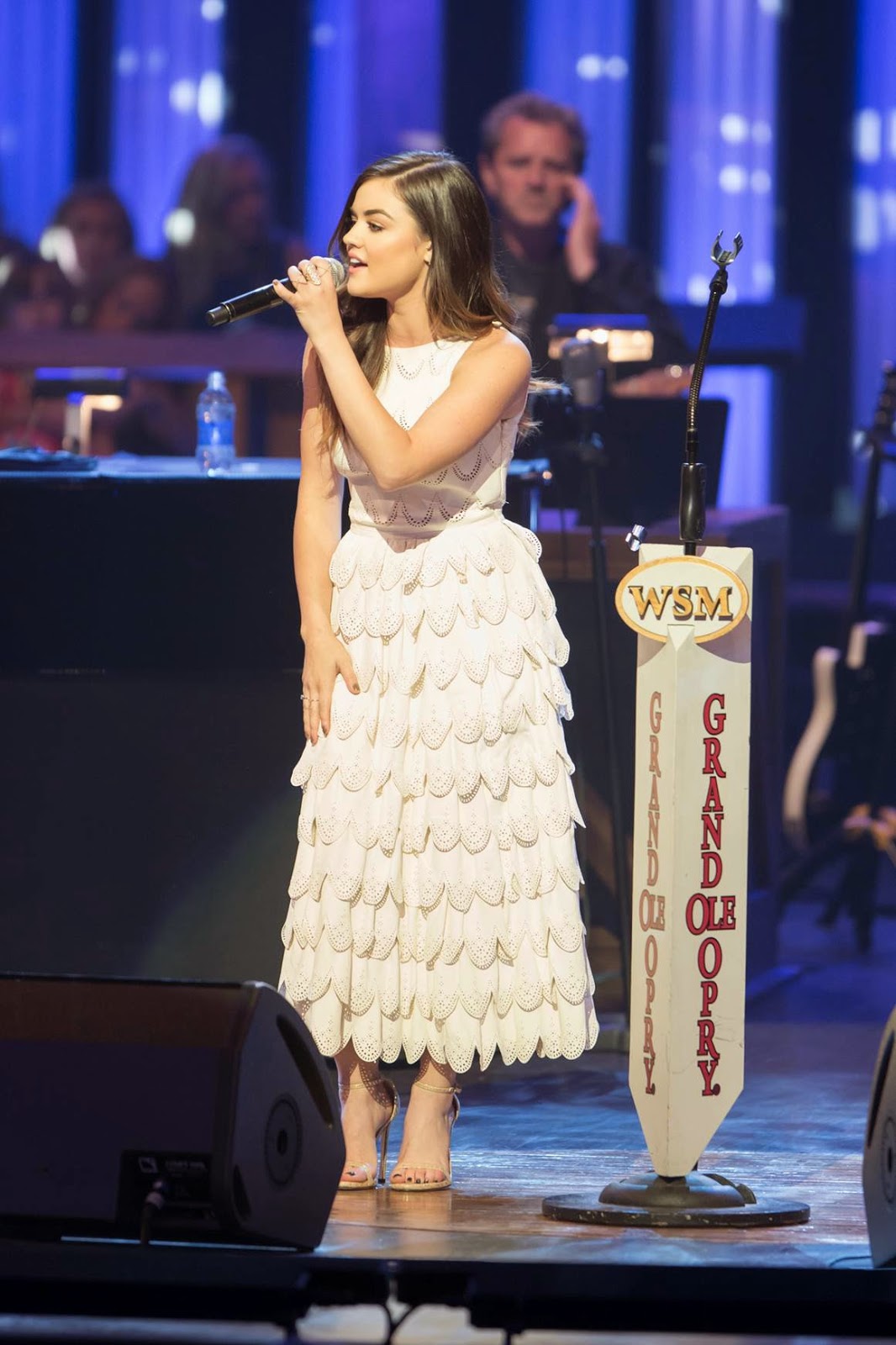 NASHVILLE, TN – (June 23, 2014) – Rising country music star and accomplished actress Lucy Hale was honored to make her debut appearance on the famed Grand Ole Opry stage on Saturday, June 21st to perform her brand new single, “Lie A Little Better.” On Monday, June 30th, the Memphis born and raised singer is set for a return appearance on the #1 rated morning show, “Good Morning America,” for the nationally televised debut performance of the song.

The up-tempo track, “Lie A Little Better,” can be found on the singer’s debut album, ROAD BETWEEN, released by DMG Nashville and featuring 11 songs, produced by Mark Bright and Mike Daly. “Lie A Little Better,” written by Melissa Peirce, Mike Daly and Chris DeStefano, will impact country radio on July 21. The music video for the catchy tune was also filmed over the weekend at the Opry House and will give fans an intimate backstage view of the legendary stage, home to countless historical moments in Country Music.

Learn the latest about Lucy on Facebook and follow her on Twitter and Instagram to find out more about her single, album, and touring plans. Check out Lucy’s new album on iTunes and Amazon.