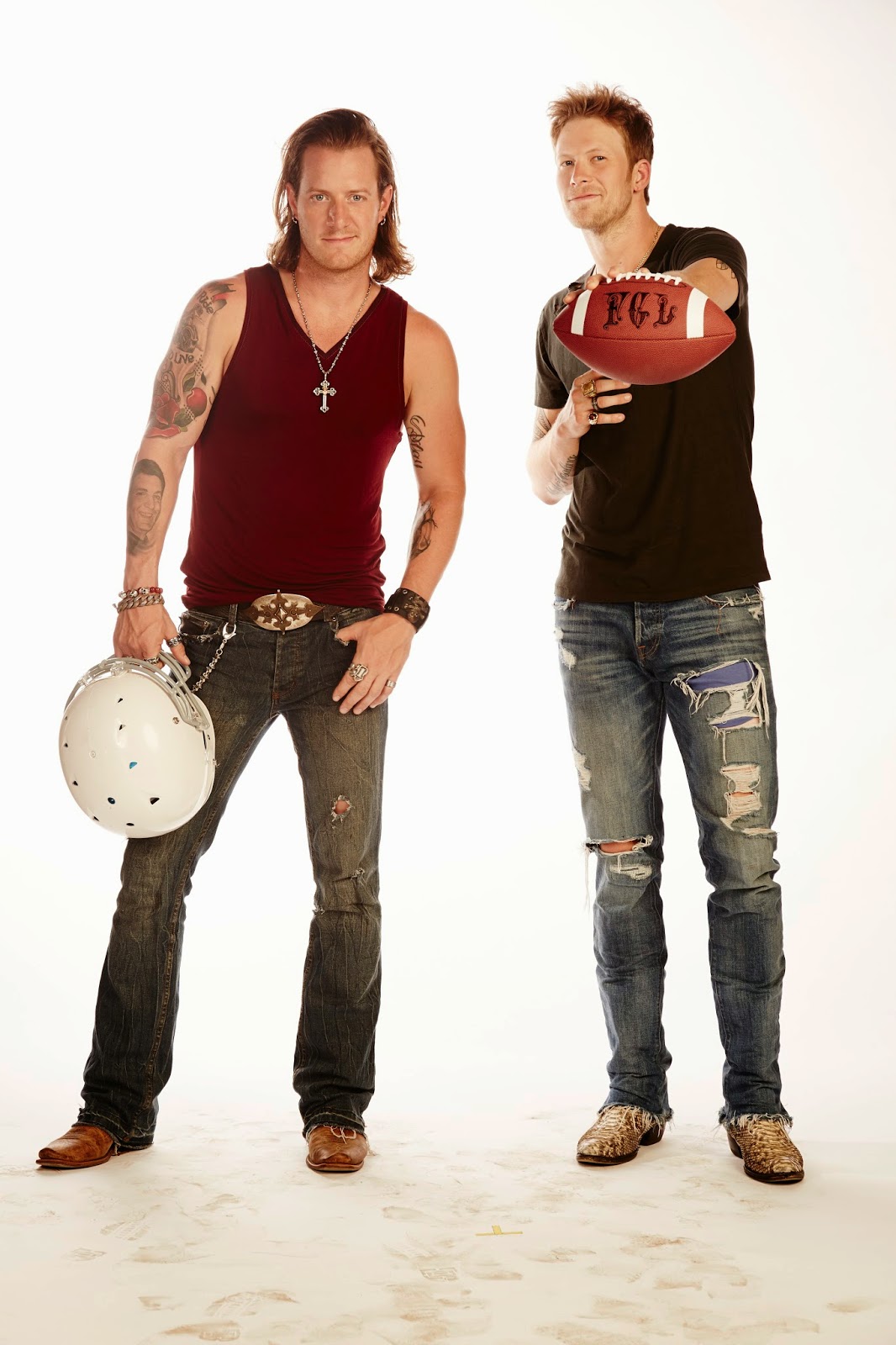 Nashville, TN (August 25, 2014) – ANYTHING GOES when Florida Georgia Line teams up with Coors Light to throw a massive tailgate party to kick off GEORGIA-FLORIDA weekend. Getting their game on, the superstar duo will headline the ANYTHING GOES TAILGATE 2014 concert produced by Orange Peel Entertainment and AEG Live at the Shipyards in Jacksonville, FL on Friday 10/31.

"We are extremely excited to bring Florida Georgia Line here to Jacksonville in celebration of their album release," said Billy Catlin, Principal of Orange Peel Entertainment. "This event has deep roots in town, and we look forward to making Georgia Florida weekend the best one ever."

"How can you get any more relevant than Florida Georgia Line at the Georgia Florida game?" Catlin added. "Eight bands with FGL headlining on a forty four acre riverfront property ... it can't get much better than this for locals, as well as Florida and Georgia fans."

Music and sports fans rallying for the party can score their ticket to the giant tailgate event and receive an exclusive t-shirt along with a digital copy of FGL’s highly anticipated album ANYTHING GOES (Republic Nashville) by visiting JAXTAILGATE.COM. Ticket bundles start at $23 (plus applicable fees) and go on-sale Saturday 8/30 at 10:00A ET. ANYTHING GOES is set to street on 10/14 and fans will be sent their digital album copy via redemption code for download.

Everything is better when doubled for FGL, who released their 2X Platinum debut HERE’S TO THE GOOD TIMES two years ago and again have producer Joey Moi at the helm for their second album. Critics nationwide from USA TODAY to ROLLING STONE and BILLBOARD are embracing FGL’s fresh vibe and GOLD-certified lead single “Dirt” has already sold over 600,000 downloads and shot to #1 on both the iTunes all genre and Country charts in the US and Canada, while also sitting atop the Country chart in Australia shortly after release. The song’s record-breaking momentum not only filtered across Country radio with earning the highest one-week add total in Country Aircheck history, but its moving lyrics inspired FGL to launch the Dirt Campaign to benefit Habitat for Humanity.

FGL has skyrocketed to stardom with becoming the only artist in history to join Brooks & Dunn in achieving four back-to-back, multi-week #1 singles; breaking the record for longest #1 on Billboard’s Hot Country Songs chart; selling over 17.6 million tracks worldwide, winning numerous industry awards and collaborating across genres with sensations like Nelly and Jason Derulo.

Currently on the road as direct support for Jason Aldean's BURN IT DOWN Tour, FGL will host "This Is How We Cruise" aboard the Norwegian Pearl in November.