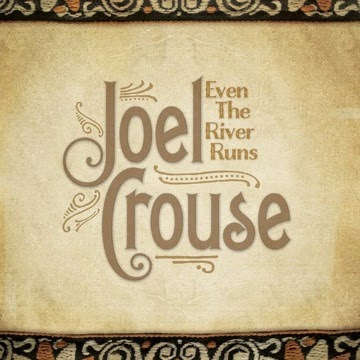 NASHVILLE, TN – (August 19, 2014) – One of country music’s freshest faces, Joel Crouse is excited to announce the release of his debut studio album, EVEN THE RIVER RUNS today 8/19. EVEN THE RIVER RUNS highlights Crouse’s undeniable talent and craft for storytelling and is available for purchase on iTunes, Google Play and Amazon.

EVEN THE RIVER RUNS is the story of Crouse’s personal journey – his joy, his struggles, his romances (for better or for worse).

“My songs will always be about honest experience,” said Crouse, who co-wrote each one of the ten tracks on the album. “I always want to be the one telling my story.”

Crouse collaborated with some of Nashville’s sought after tunesmiths to bring his story to life, including Craig Wiseman, James Dean Hicks, Luke Laird, and many others.

The new project spans the gamut of Crouse's musical lexicon, from thumping, honky-tonk barn-burners like "Don't Tell Me,” to the Top 35 breakout bluesy-twang romper, "If You Want Some" or Crouse's personal favorite, "Ruby Puts Her Red Dress On." Others, like the mid-tempo groove of "You Could Break A Heart Like That" showcase his own vulnerable side – and his vocal range, which can go from sultry lows to a stunning falsetto in one fell swoop.

Fan-favorite "Why God Made Love Songs," is the perfect grooving, clapping ode to summertime love, and on moments like the title track, "Even The River Runs," all of his sides – vintage rock, modern country and dusty blues – come together in one perfect, rollicking ride that puts his guitar chops on full display.

Crouse will be celebrating the release of his new album with a live performance and autograph signing at the Grand Ole Opry tonight. Fans can join Crouse backstage at the Opry with a live YouTube chat kicking off at 8p.m.CT. To join in on the live chat, click HERE.

The Massachusetts native and 22-year old phenom has come a long way from playing Nashville's Lower Broadway - the street corners, to be exact, to making his debut on the Grand Ole Opry stage. He has opened for some of country music’s biggest stars, including 16 dates on Taylor Swift’s RED Tour, The Band Perry, Toby Keith, Darius Rucker, Sara Evans, and even the Goo Goo Dolls.

Watch for more to come from this talented newcomer, who will be joining Love And Theft on the Night That You’ll Never Forget Tour, which kicks off in October.

EVEN THE RIVER RUNS is available for purchase on iTunes, Google Play and Amazon.

For tour dates and more information, visit www.joelcrouse.com.
Posted by LovinLyrics at 12:29 PM