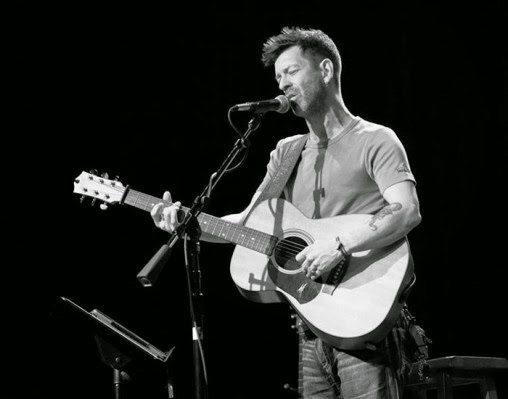 Travis Meadows may not be a name you immediately recognize in conversation, but his is a very recognizable name when it comes to the music you listen to. Travis is more than a songwriter, he's a walking talking story. His music tells the story of his dedication to his family, his deep struggle with religion and it's a story about overcoming addiction and learning to survive and get through life with a sense of self-confidence and how to break freed from the demons we all struggle with. His music comes from a very personal place and he shares that place with listeners in every song he writes. You want music that comes from a real place, a place that matters? Travis is musical reality, as honest and raw as it comes.

His background is extensive. From a 2001 ASCAP Christian Music Award with 8 top 20 singles in the Contemporary Christian genre to a 2005 staff writer deal at Universal Music Publishing Group. He has written with songwriters worldwide and has added cuts by such artists as Ronnie Dunn, Blackberry Smoke, Lee Ann Womack, Levi Lowrey, Lynyrd Skynyrd, and his most recent cuts "Riser" by Dierks Bentley, "Dark Side" by Eric Church on his highly acclaimed CD "The Outsiders" and Jake Owen's lastest, and sure to be next #1 hit, "What We Ain't Got". On the international front, he's written several #1 singles and scored 5 RIAA Gold Records with Australian artist Adam Brand.

Travis is also one hell of an artist on his own aside from the writing, releasing his own albums - My Life 101, Killin' Uncle Buzzy, Old Ghosts & Unfinished Business,  which was released in May 2013. His music can be found on iTunes and his "story" is well worth a dedicated, uninterrupted listen. You can find his music on iTunes. If you should download, please remember to leave a review. Every good artist needs this feedback.

You can connect with Travis online: